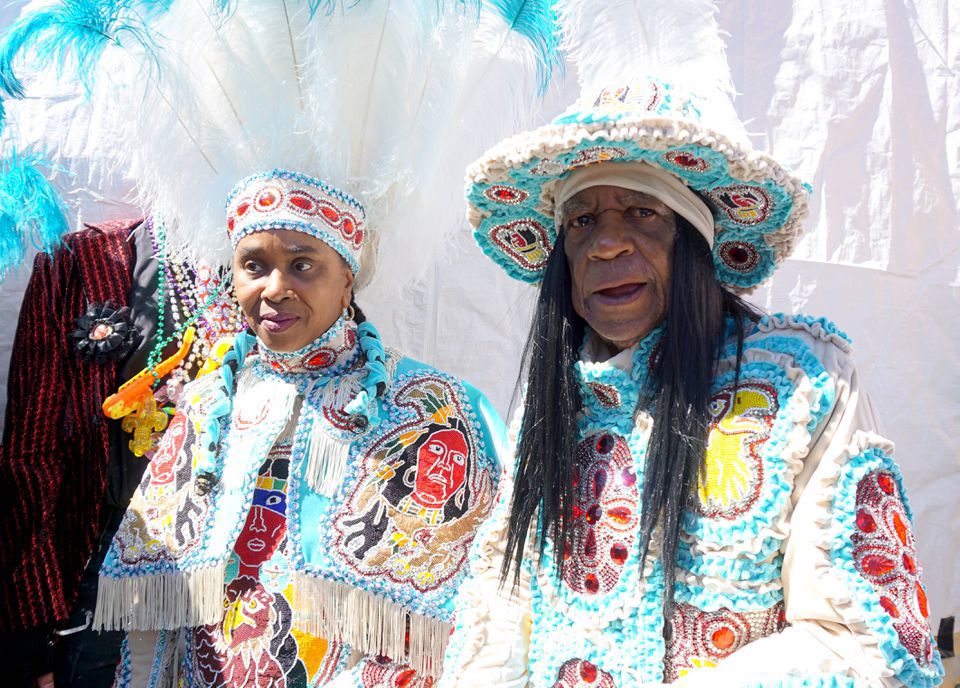 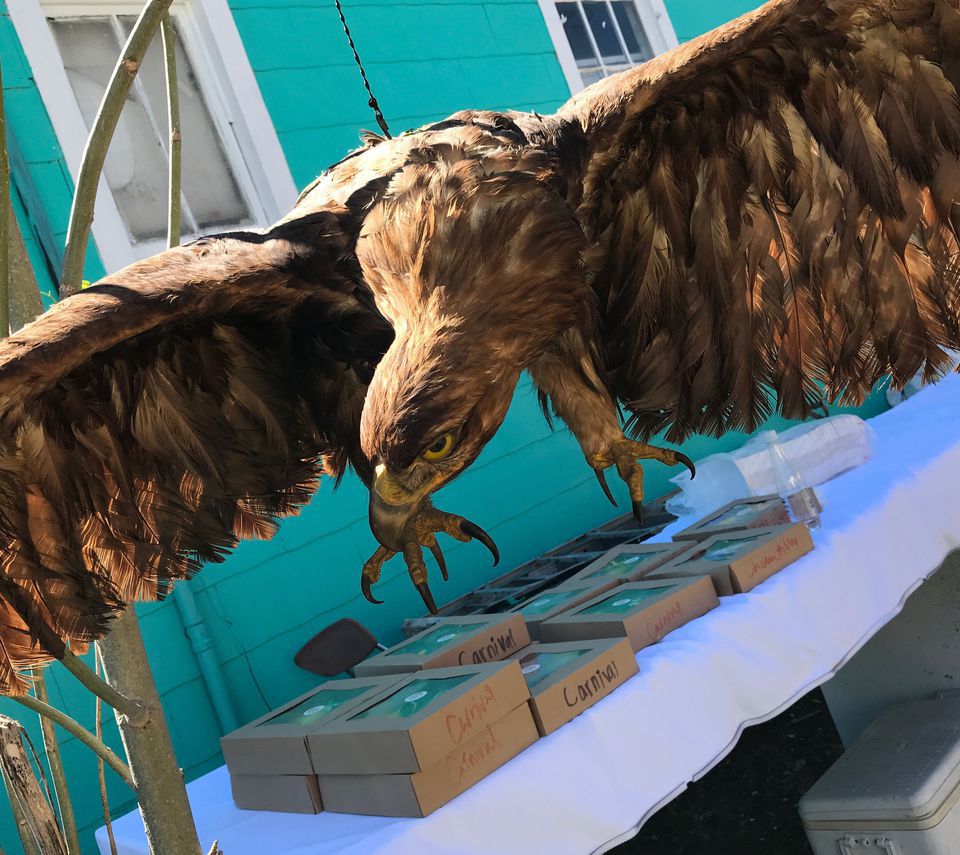 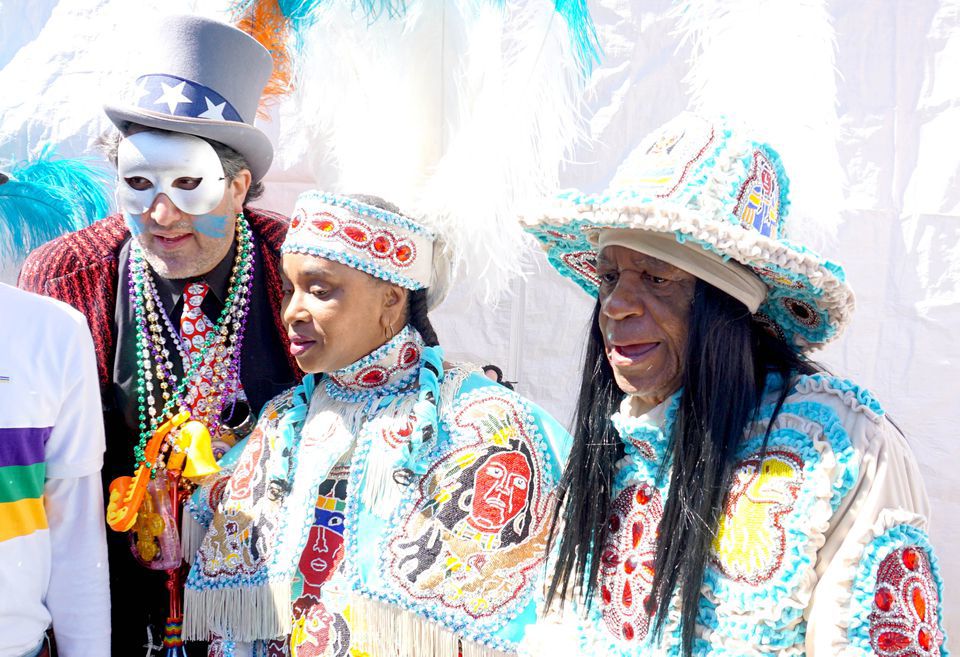 The air was chilly as roughly 200 guests milled in a side yard between shotgun houses on Valance Street in anticipation of a noontime wedding and a parade on Mardi Gras (March 5). The attire of the crowd members was far more interesting than at most casual outdoor weddings. Some were clothed in the coquettish Baby Doll tradition, two or three were costumed as skeletons and several wore spectacular beaded and feathered Mardi Gras Indian suits.

As a tambourine hissed and the crowd hooted in appreciation, the groom, Big Chief Monk Boudreaux of the Golden Eagles Mardi Gras Indian masking group, and his fiancée Golden Eagles Queen Chellene Bailey emerged from a doorway into the bright winter light. Their pastel blue suits matched the clear sky.

Wearing a glittering ruby jacket, top hat and white mask, minister Dave Kunian called the crowd to order by blowing a shrill toy trumpet. He married the couple under the auspices of what he jokingly called “the Universal Life Church of James Booker,” in the presence of “all the ancestors that have come before and all the spirits that will come later.”

A dozen king cakes stood on a side table, but there was no time for attendees to grab a slice. After a round of photos, the couple strode slowly to Valance Street, where Boudreaux called out age-old Mardi Gras Indian chants, inspiring his fellow maskers to shout rhythmic responses. With the newlyweds in their midst, the line of maskers, who represented various tribes, began their annual parade toward a larger Mardi Gras Indian gathering elsewhere Uptown.

As previously reported, Boudreaux, 77, said he first met Bailey 15 years ago, when he said hello as she passed by on the sidewalk. “She said, ‘I know you,’" Boudreaux recalled. As it turned out, Bailey’s uncle had masked with Boudreaux in years past. Bailey has joined him in the Golden Eagles procession for the past four years, he said.

Boudreaux has been masking as a Mardi Gras Indian for 65 years. He’s also renowned for his performances of Mardi Gras Indian music with the Golden Eagles and Voice of the Wetlands All-Stars at Jazz Fest as well as other festivals and venues.