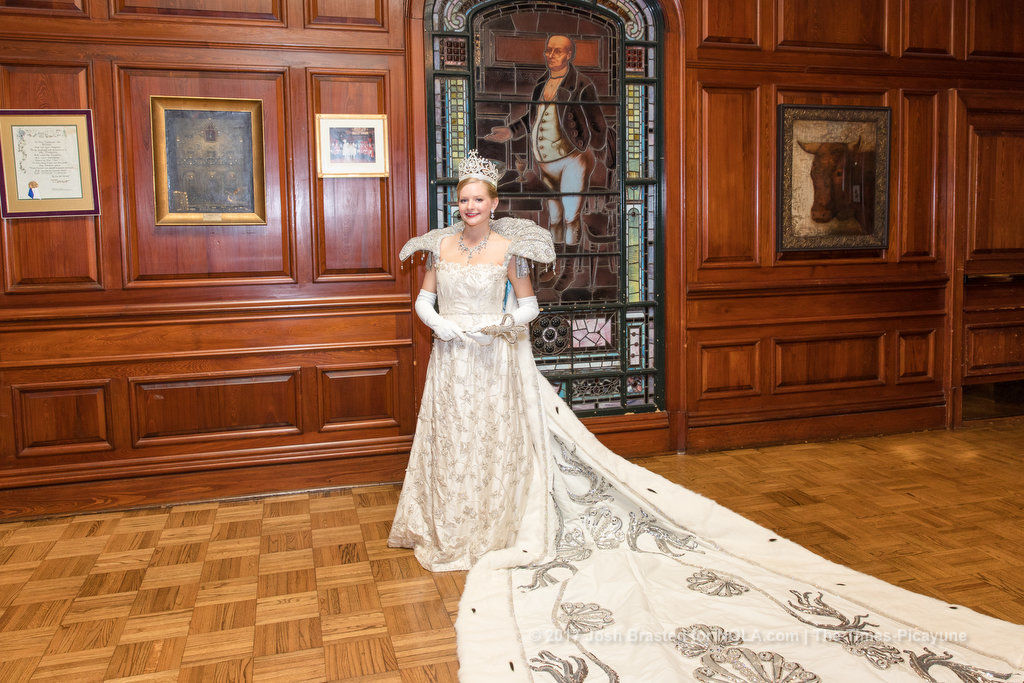 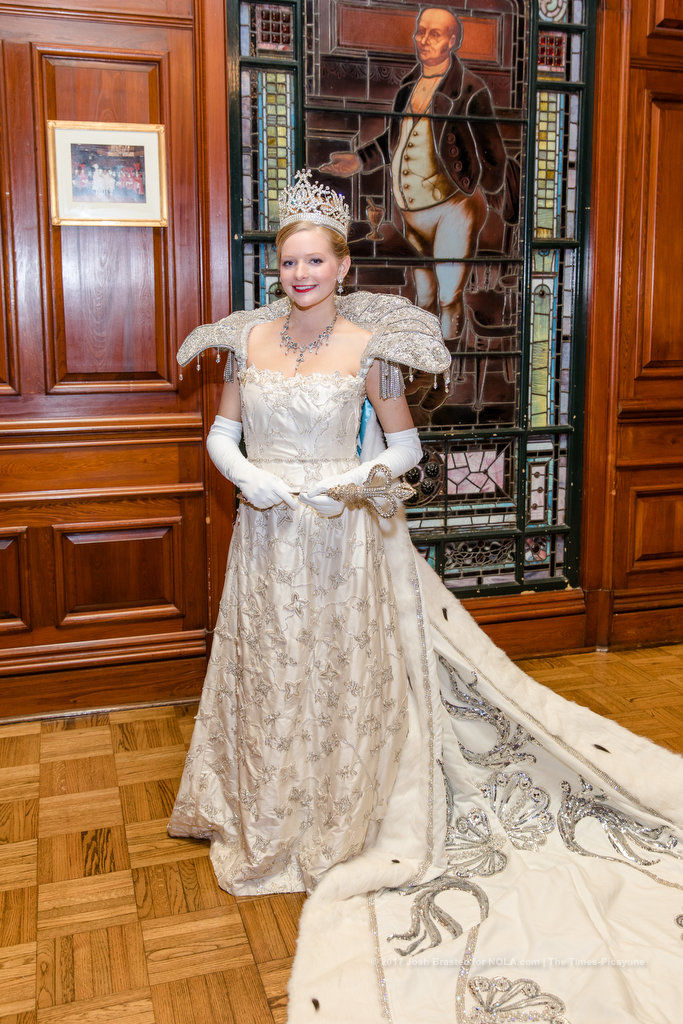 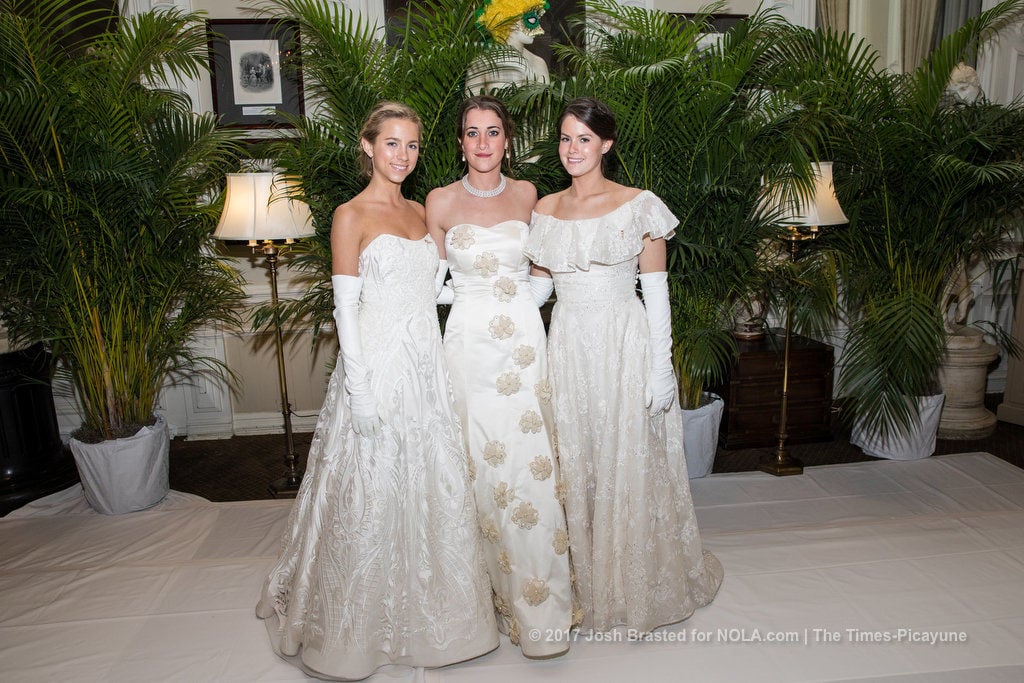 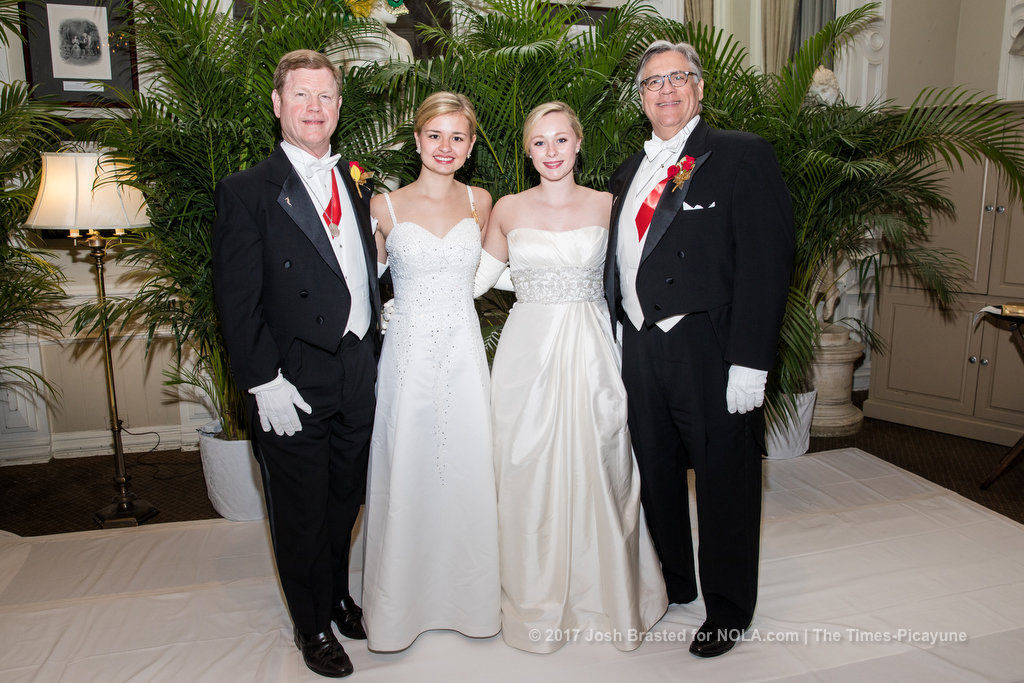 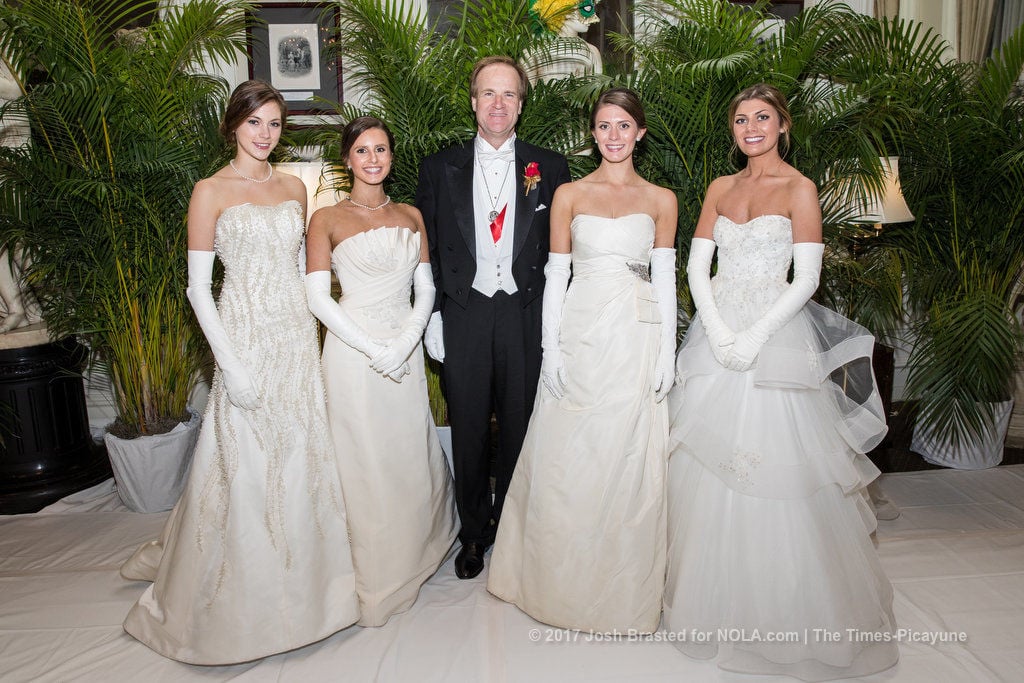 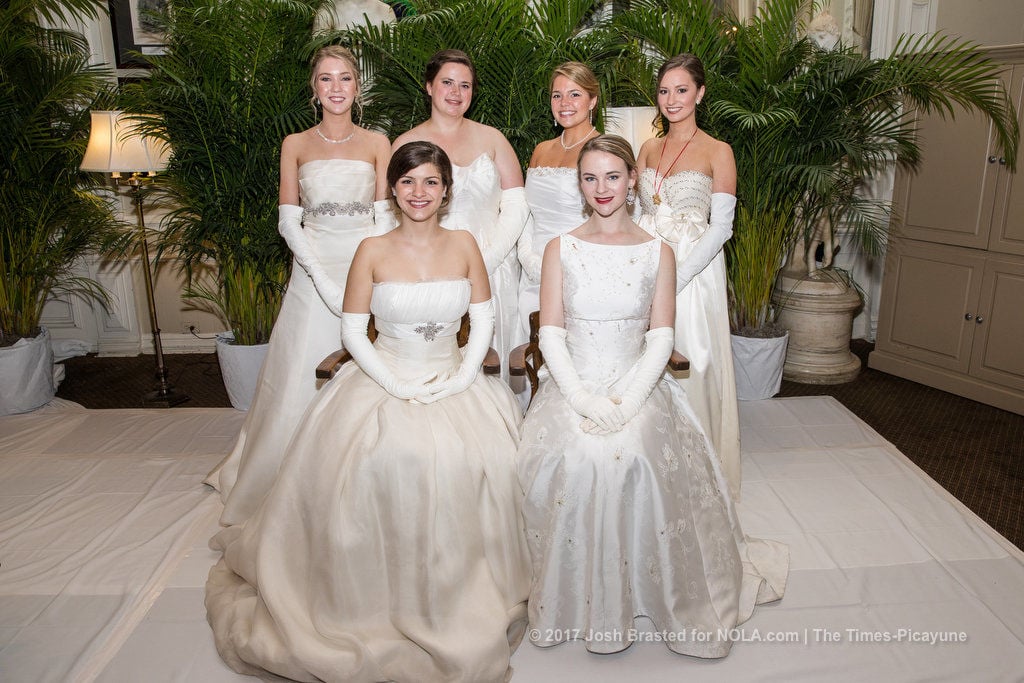 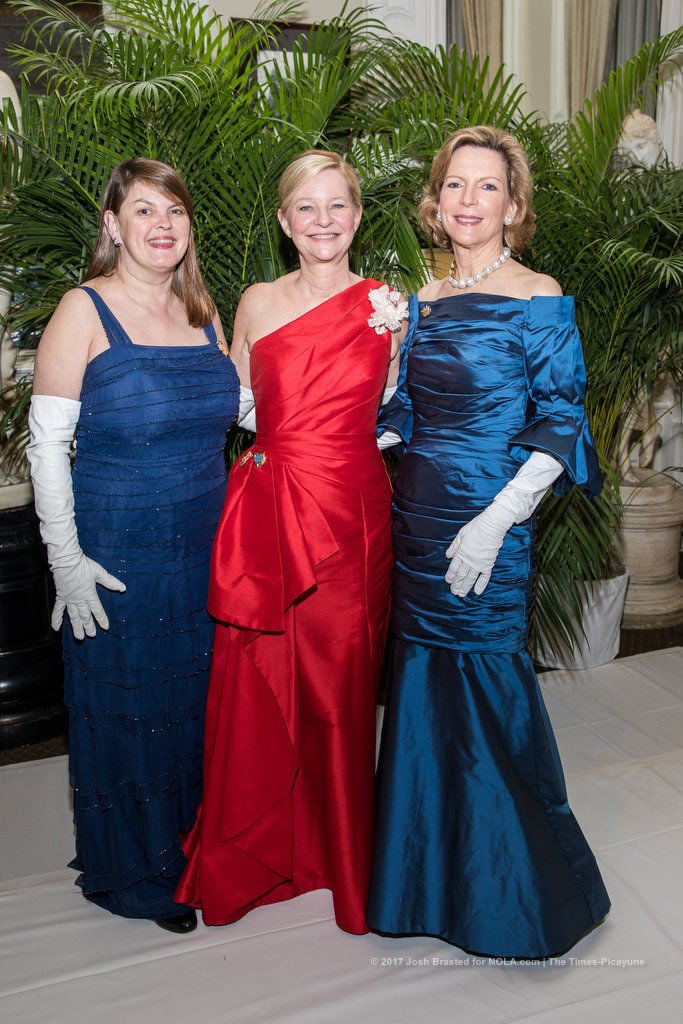 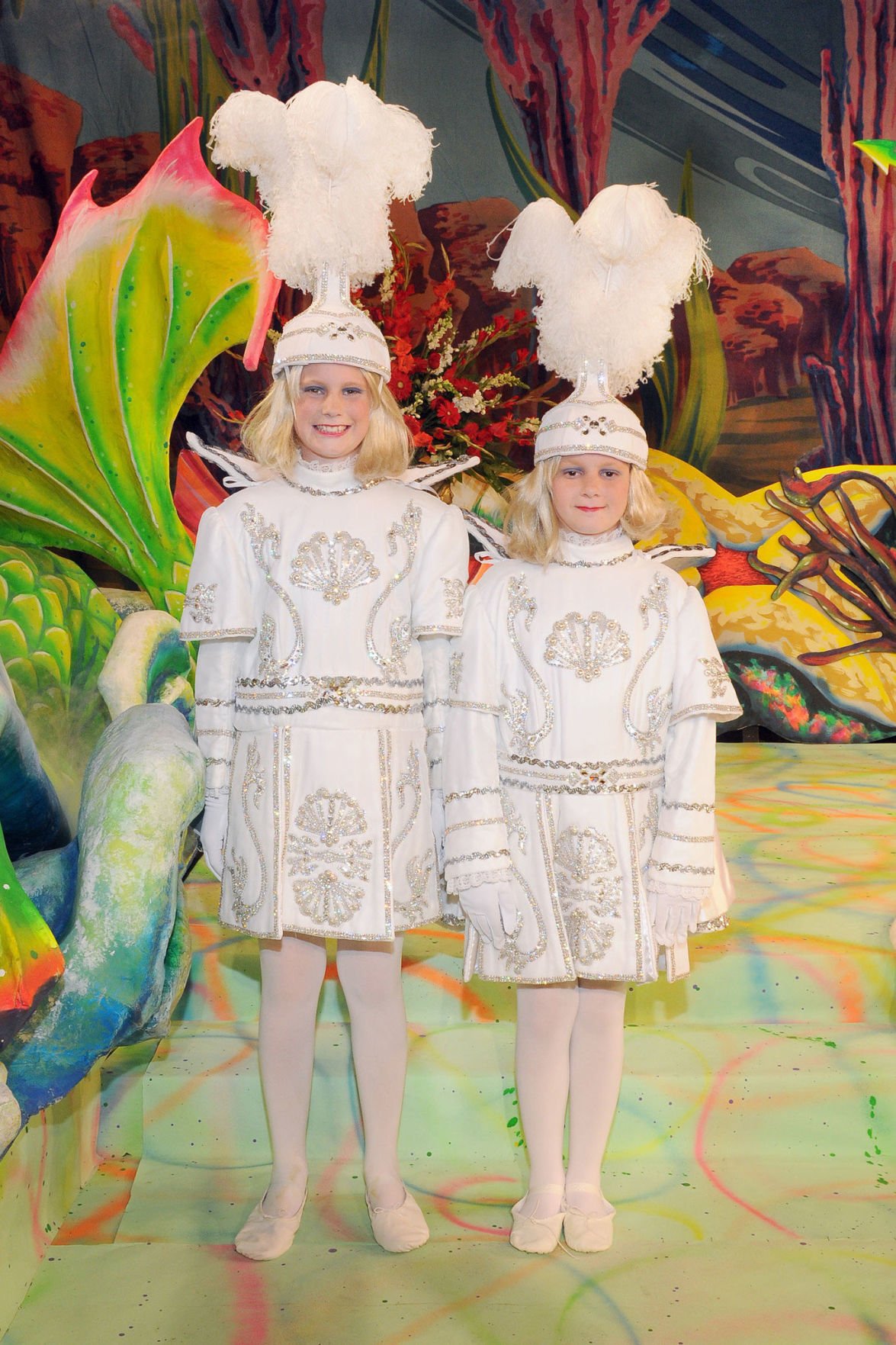 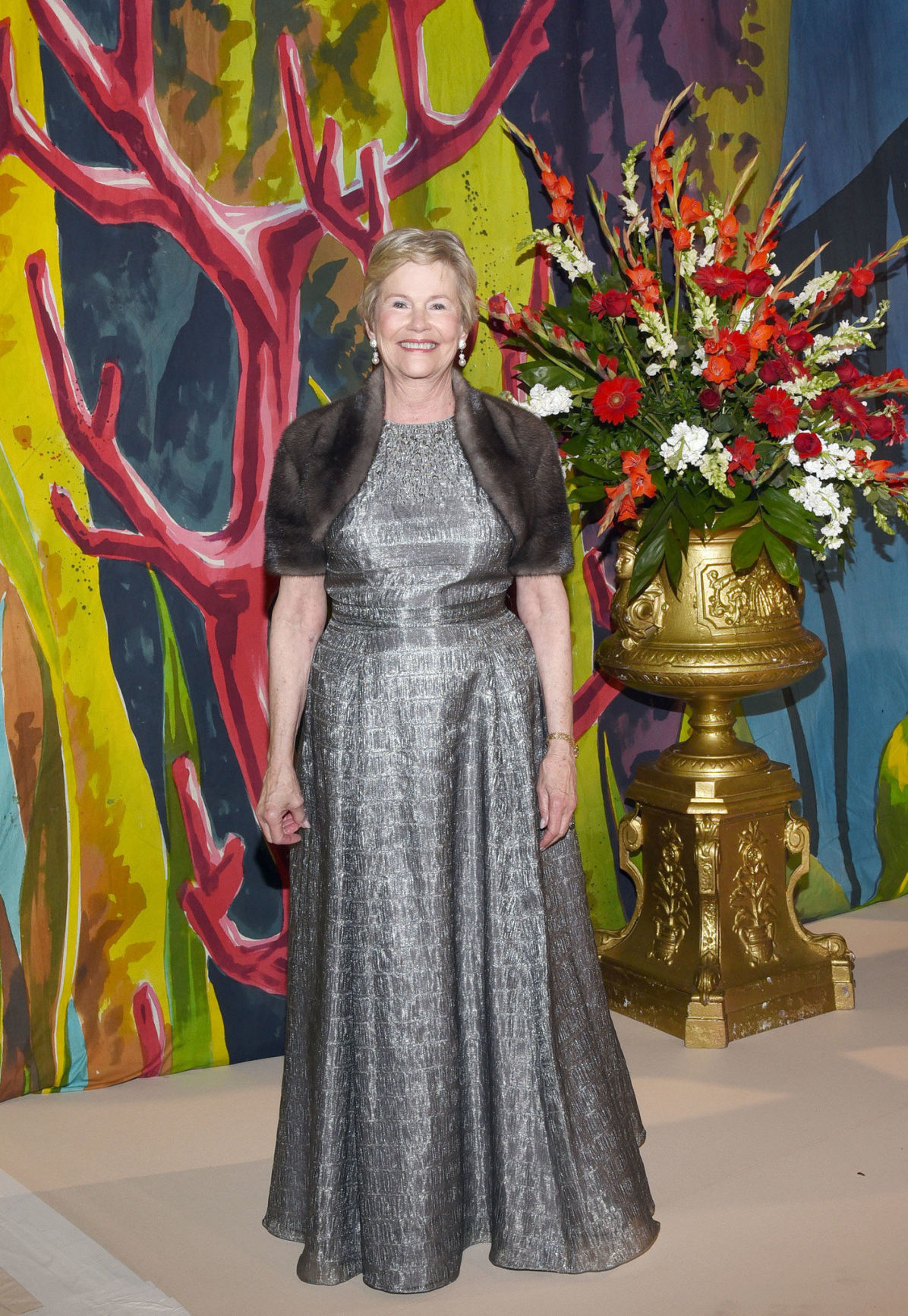 When the Krewe of Proteus parade rolled on Monday evening before Shrove Tuesday, for those who had the luck of a location early in the route and an invite to the ball later that night, it gave even greater appreciation of the artistry that goes into both. The krewe, founded in 1881, is the oldest nighttime parading krewe in New Orleans. The 2017 parade themed, "Der Ring des Nibelungen," often referred to in English as the "Ring Cycle," is a four-part epic series of operas by Richard Wagner. The floats created by The Royal Artists were stunning in their artistry and creativity, which was carried over into the scene set for the krewe's 136th bal masque at the Marriott Hotel.

Reigning as queen was Miss Mary Dalton Acomb, daughter of Mr. and Mrs. William Ryan Acomb. Queen Mary wore a gown of imported silk embroidered in an all-over vine and leaf motif beaded with multitudes of varying sized margaritas, silver bugle beads, aurora crystals and sparkling Austrian rhinestones. Refashioned and hand beaded for the queen by Sally Hedrick, the gown was originally designed by Judy Cobb for her majesty's sister who reigned as queen of Mithras in 2011 as Miss Elizabeth Dalton Acomb; she was a maid in Proteus that same year. Completing the queen's royal ensemble was a Medici collar of silver lace, mantle, crown and scepter.

Other relatives who have been in the royal court include her aunt, Greta Marie LeBlanc, who was a maid in 1980, another sister Catherine Mary Acomb was a maid in 2010 and her brother, Joseph Ryan Acomb, who was a page in 2004.

After the queen and her court were presented to the guests, Proteus was ultimately shown in his gloriously Technicolor, undersea world: Centered with a giant pink seashell surrounded by fishnet, treasure chests, giant sea horses, fish of every description, and a Hippocampus that flanked Proteus on either side, the setting was at first hidden by a scrim (which was highlighted by imagery of sea creatures) that was then raised to reveal Proteus, the Captain, Lieutenants, and pages Elliott Simms Cooper Hardin and St. Denis Julien Villere IV, who also participated in the parade earlier that night.

After the queen was presented to Proteus, and she took her place next to him on the throne, the maids were presented, and were situated on the stage. The Captain (who happens to be the 11th one) presented Mrs. Kingsley Fitz-Hugh Jack, who reigned as the Queen of Proteus 50 years ago. Proteus and Queen Mary then led a grand march with the royal court.

The queen's supper took place after the ball, with music from BRW; Jimmy Maxwell Orchestra performed at the ball.