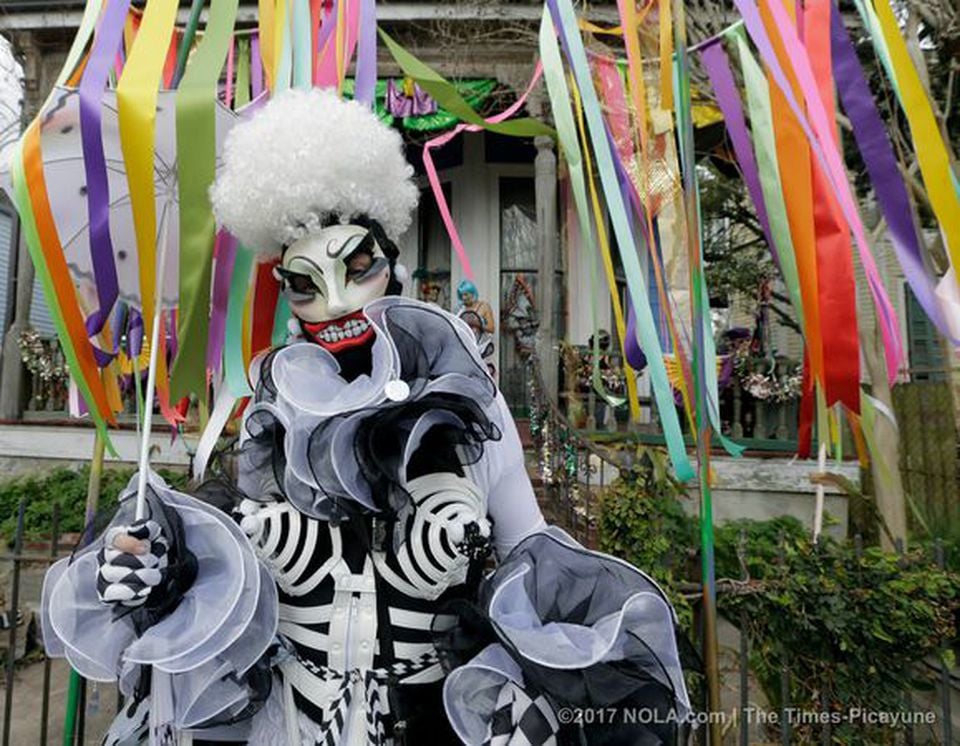 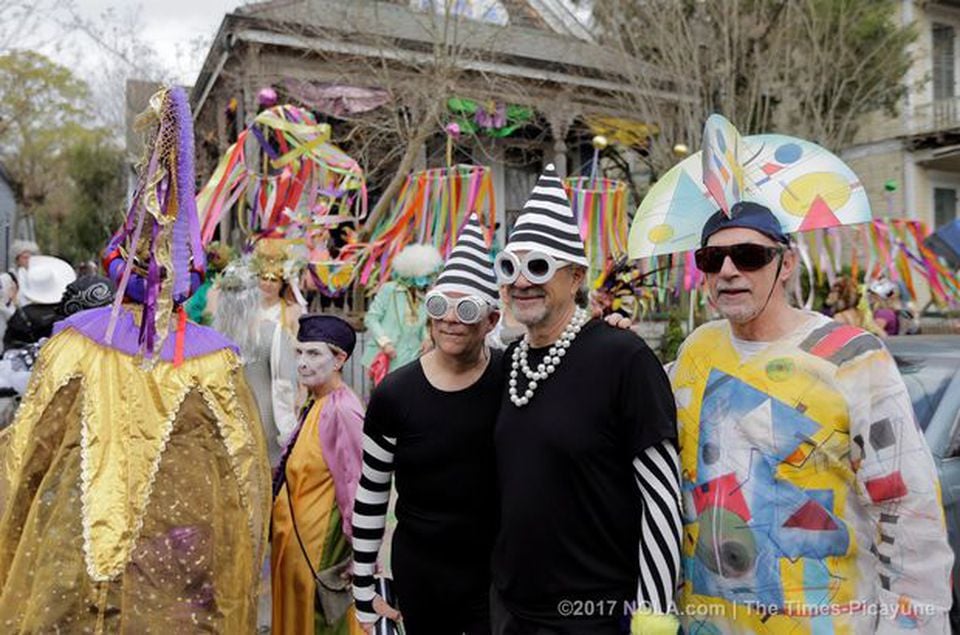 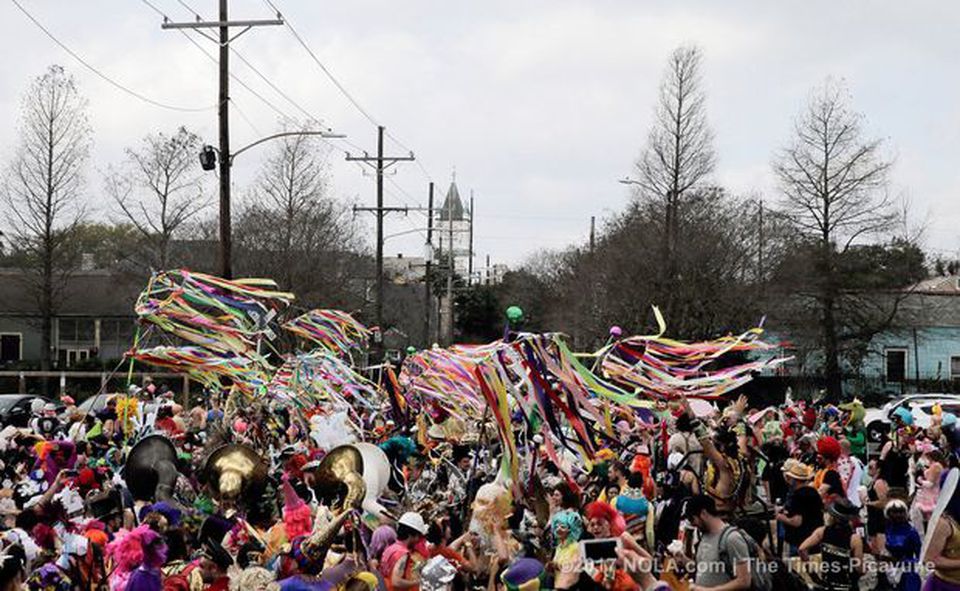 For some of us, Mardi Gras morning in the Bywater/Marigny is the best part of all of Carnival, though there’s no hailstorm beads or lumbering floats to be seen. Starting at 9 a.m. (more or less) hundreds of do-it-yourself costumers gather at select intersections like flocks of surrealistic peacocks. By mid-morning, gaggles of costumers begin migrating toward the French Quarter. The most spectacular of the many marching clubs is the Societe de Sainte Anne, which will be celebrating its 50th birthday in 2019.

The late 1960s was a time of new beginnings in New Orleans’ Mardi Gras. The new Bacchus, Endymion and Tucks parades emerged to lead Carnival into the future. Meanwhile, the Societe de Sainte Anne led it into the past. Parade designer and all-around Mardi Gras maven Henri Schindler was among those who informally founded St. Anne back in 1969. He served as captain from 1974 to 1997.

“We were inspired by the history of early Mardi Gras, the Creole marches which began mid-afternoon at the Square and meandered through the streets of the old city,” he wrote in an email.

Schindler said that the costuming club was named for a mysterious 19th-century tomb that members discovered in St. Louis Cemetery No. 1. The Societe started as an informal annual gathering of friends. It took five years for the meandering partiers to coalesce into a public parade.

“After a few years of organizing, St. Anne held its first march in 1974, with a theme of the Babylonian Pantheon,” Schindler wrote. “We carried a large paper-mache golden calf of Marduk with his beard of lapis lazuli. Our antique music was comprised of cymbals, tambourines, and drums. We marched to Canal Street to hail Rex, and then, by intuition headed to the river.”

Year after year, the number of marchers compounded. As members will tell you, all you need to join the Societe is to know it exists. “The Societe, as you know, has grown beyond anything we imagined, but the spirit is much the same,” Schindler wrote.

In the 1980s, the tone of the Society changed somewhat. In addition to being an historically inspired Carnival ramble, it became a marching memorial to those who died during the initial AIDS catastrophe. “When the AIDS epidemic hit, people who had marched with us on Mardi Gras asked that their ashes be carried once more on the march, to be deposited into the river,” Schindler recalled. “The tradition of those fallen continues today.”

Unlike larger parades, St. Anne doesn’t publish a route maps or exact start time. It simply seems to reach a critical mass, then it proceeds. We were unable to contact current parade leaders for comment about any special 50th anniversary plans. In past years, the parade has begun near the intersection of Piety Street and Bugundy. It then typically heads upriver, often on Royal Street, heading towards the Marigny and French Quarter. If you stake out a spot on Royal Street near Esplanade by, say, 10 a.m., you'll probably catch it pass. To distinguish St. Anne from other marching groups, look for glinting standards made from hula hoops strung with fluttering ribbons. All hail!