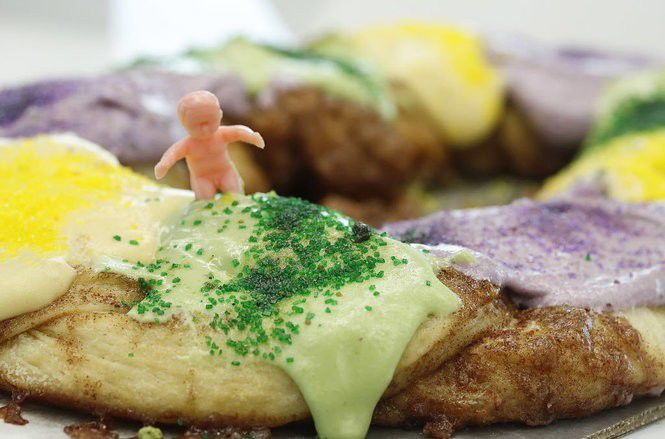 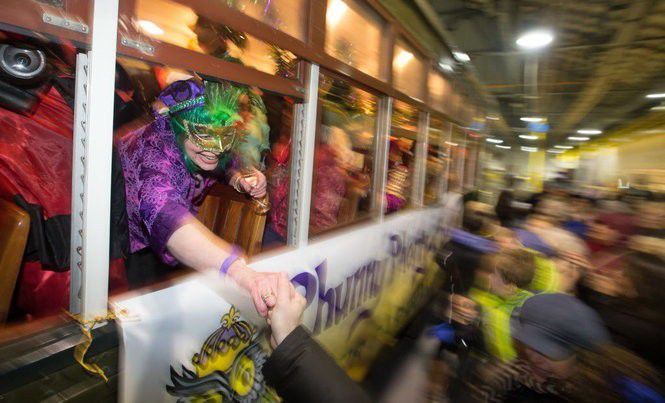 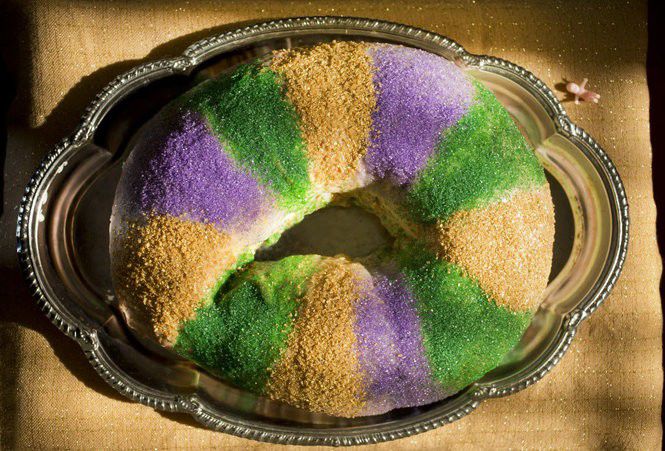 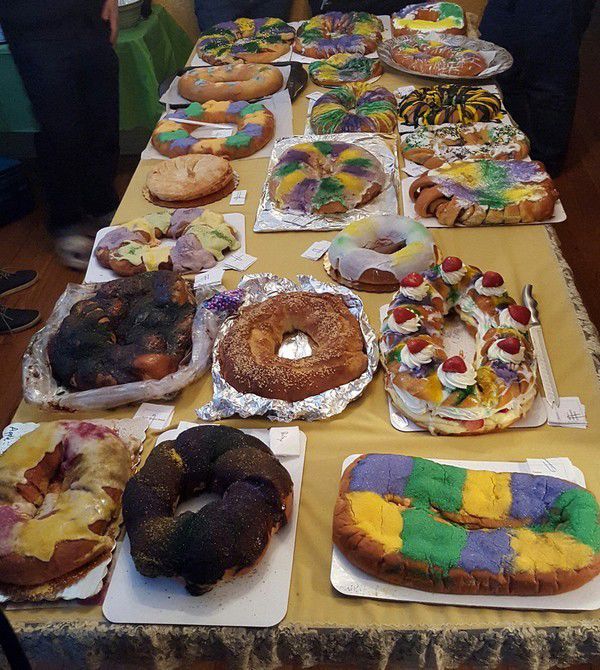 By Ann Maloney, NOLA.com | The Times-Picayune

Jan. 6, Epiphany, marks the start of the Carnival season in New Orleans. It also kicks off night-and-day baking at bakeries around the metro New Orleans area, as king cakes become a near-daily treat.

It’s hard to avoid the king cake parade as a contributor or beneficiary of the long line of confections that will show up at schools, offices and on kitchen tables around the city.

King cakes are sold year-round in New Orleans but traditionally are enjoyed from Kings' Day, Jan. 6, until Mardi Gras. Mardi Gras falls on Feb. 13 in 2018, so that's only 39 days to enjoy them. If you abstain until Jan. 6, it just makes that first bit ever so sweet, right?

Here’s the low-down on why we eat these cakes, how to make them and where to buy them. (The king cake pictured is from District Donuts. You know you'd give that king cake baby a hug, if you could.)

Most New Orleanians already know where they will head on Saturday (Jan. 6). They probably know the style and flavor of cake that they want. They likely know who they will be with when they enjoy that first slice.

Some folks will line St. Charles Avenue to watch the the Phunny Phorty Phellows roll by at 7 p.m. on the streetcars. Others might head to the French Quarter for the Joan of Arc parade at 6 p.m. And, now, we also can head to Rampart Street to watch the Not So Secret Society of Elysian Fields at 7:30 p.m., as they ride the streetcar rails on the Saint Claude, Rampart and Loyola line.

Others observe more private King's Day traditions. Do you have a personal tradition? If so, tell us about them in the comments or shoot me an email at amaloney@nola.com. Read about three traditions here, including my family's.

Why we eat king cake

Catholics around the world have celebrated Kings Day and Carnival with special cakes for centuries. The exact origins of king cake – and many other centuries-old food traditions -- are a bit hazy.

The ring-style cakes, often made of brioche, as well as the "galette de rois," which is a round cake of puff pastry with frangipani filling, originated in France, according to Liz Williams, founder and director of the Southern Food & Beverage Museum.

The French brought that tradition to New Orleans.

Hiding a bean or plastic doll in the cakes has been a tradition for more than a century in New Orleans as well. In 1871, the Twelfth Night Revelers, who mark the start of the Carnival season on the day the three kings arrived at the Christ child, placed a golden bean inside the cake. Then, whichever woman found the bean was named the queen.

Bakers got serious about innovating those traditional cakes in the 1980s when filled cakes became popular. Now, the cakes come in so many flavors and styles and are made in and shipped to so many cities, it is difficult to keep up.

Read more about the cake's history in New Orleans here and here.

Where to buy king cake

Each year, we update our guide to New Orleans king cakes. We add, subtract and correct the guide throughout the year as we try new ones and learn about new features and flavors.

Find out how to find the best king cakes in our searchable guide to cakes throughout the metro area.

(Is your favorite bakery missing? Does the information need updating? Send an email to Ann Maloney at amaloney@nola.com. We'll make every attempt to taste it and consider it for inclusion. We can't get to everyone, so please be our eyes and taste buds around town.)

Last year, we asked readers to pick their favorite king cake in New Orleans. Here are the results of that unscientific poll.

How to make a king cake

OK, I’ll be honest. This is one dessert I do not make at home. Why? Because New Orleans bakers do them so well and in so many different styles that I’d just prefer to pick one up.

If you do want to tackle one, food writer Judy Walker offers detailed information about how to do make a king cake in this three-part food feature. (That's her cake pictured above.)

How to host a king cake party

There are at least two ways to go: tradition and king cake swap

The tradition: Buy a king cake. Invite family and friends over to enjoy said king cake. Whoever gets the baby, hosts the next king cake party and this continues until Mardi Gras.

Or, you can do what one ambitious New Orleanian, Christine Miller, does. She hosts a king cake swap party. Each guest brings a different king cake. The cakes are sliced and then everyone goes home with a multi-flavored ring of cake slices, so that folks get to try lots of kinds. Read about how she does that here.

When is the king cake festival?

Ochsner Hospital for Children's annual King Cake Festival is set for Jan. 28 in Champions Square beside the Superdome. The festival is free and king cake samples are just $1 a piece. Get more details on the festival here.

Tell us: What's the best king cake around?

We all love a certain king cake. Maybe you like them filled and heavy with cream cheese and strawberry jam? Perhaps, you prefer a light brioche with a whisper of cream cheese? Or, you might be strictly galette des rois?

Help others find the king cake of their dreams by not only mentioning the bakery in the comments, but the flavor to get, and why. We can't be everywhere, so help us all out.