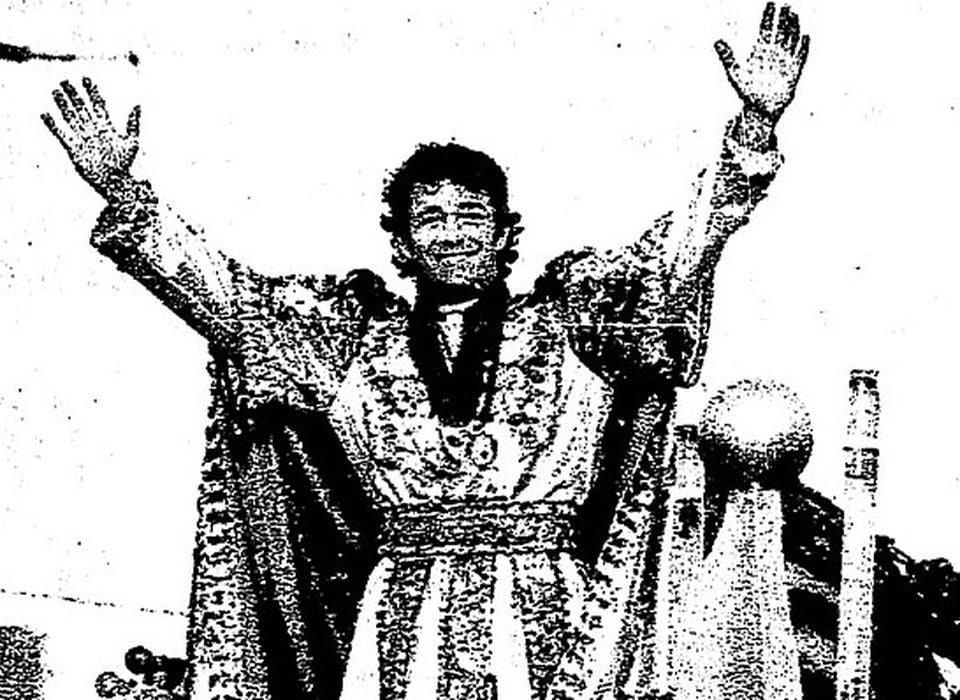 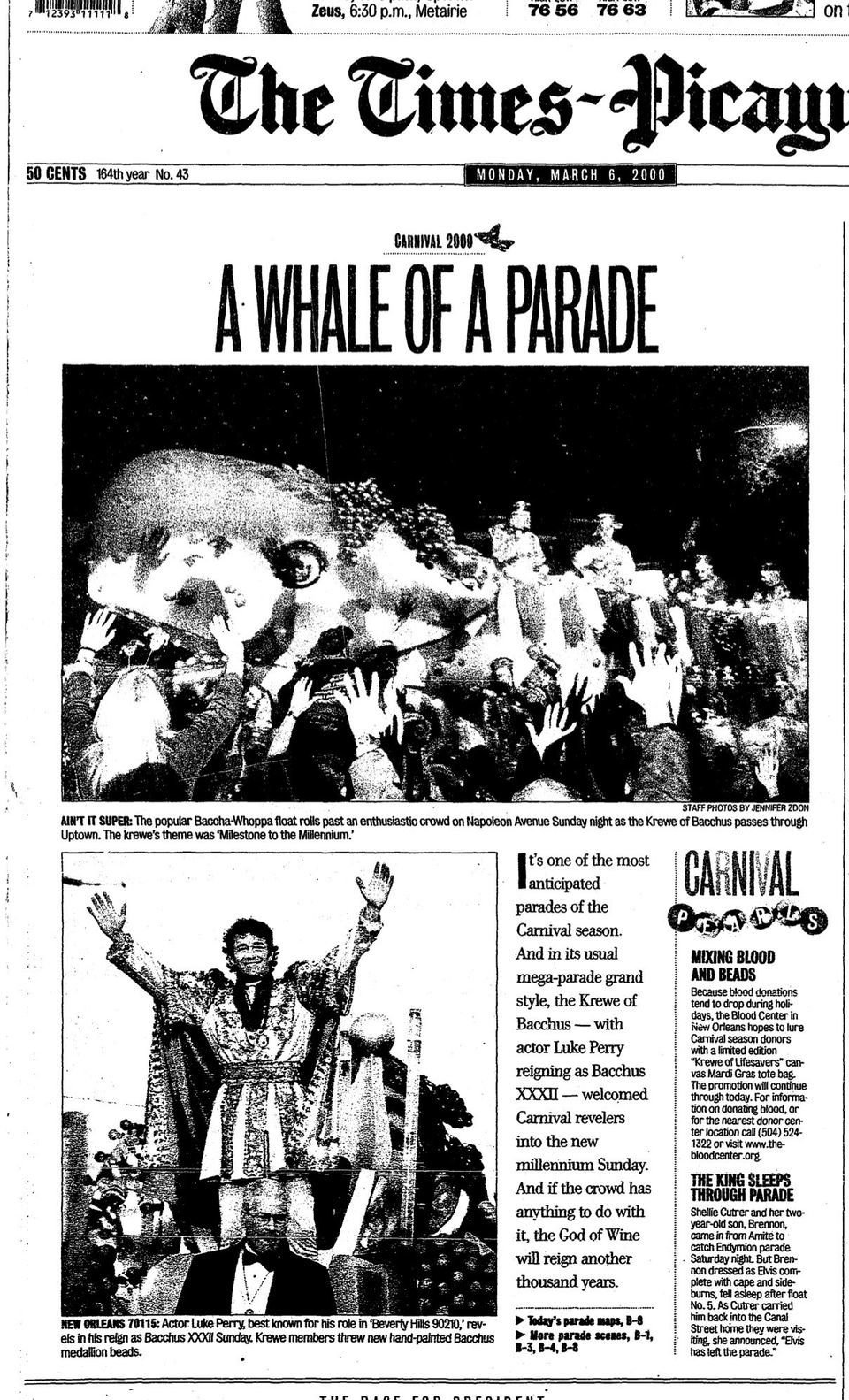 Actor Luke Perry, who died Monday (March 4), reigned almost exactly 19 years ago, on March 5, 2000, as Bacchus XXXII. At that time, he was at the height of his fame as the James Dean-esque Dylan McKay on “Beverly Hills 90210,” which ran from 1990 to May 2000. Perry died following a massive stroke suffered last week at age 52.

The Times-Picayune wrote in 2000 that as Bacchus, Perry was “swigging champagne and madly flinging fistfuls of doubloons as Bacchus lurched down St. Charles Avenue.” The krewe’s theme that year was “Milestone to the Millenium.”

The krewe posted on Facebook: “We are saddened to hear of the passing of our 2000 King Luke Perry. Rest In Peace Bacchus XXXII. Hail Bacchus!”

Check out this video from the Krewe of Bacchus that shows Perry’s reign in 2000. You can see him posing and twirling in his costume and cape, and also a clip of him arriving in black leather jacket and white T-shirt at New Orleans International Airport with a police escort and a jazz band welcoming him. He even lifts his shirt for a second and gives you a flash of abs.

“Hey everybody. Thank you for having me,” he tells fans and reporters at the airport.

Perry told a reporter at the airport reception that he became a professional actor in New Orleans and got his Screen Actors Guild Card while he was here in 1990. “And it’s great for me to be back.”