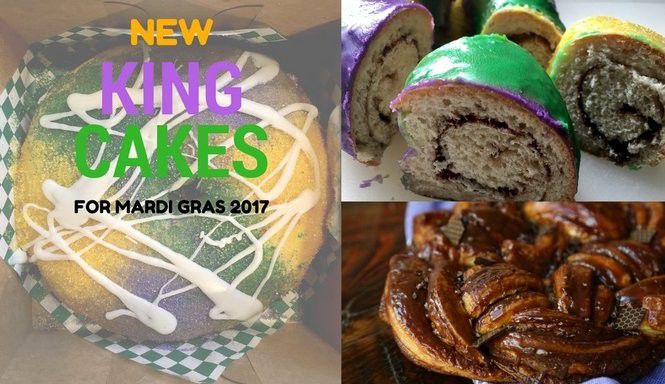 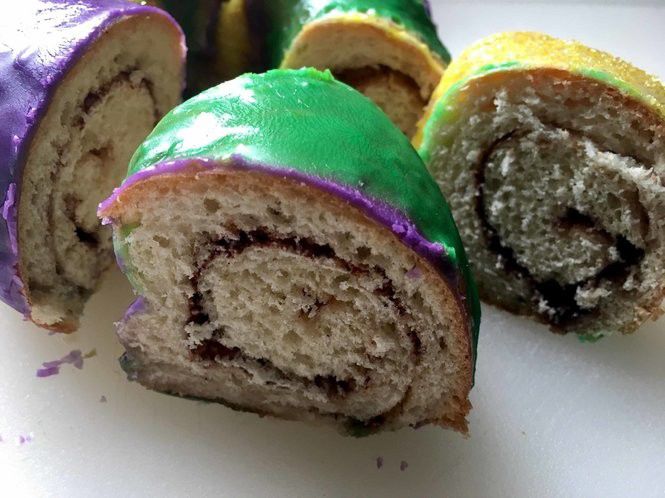 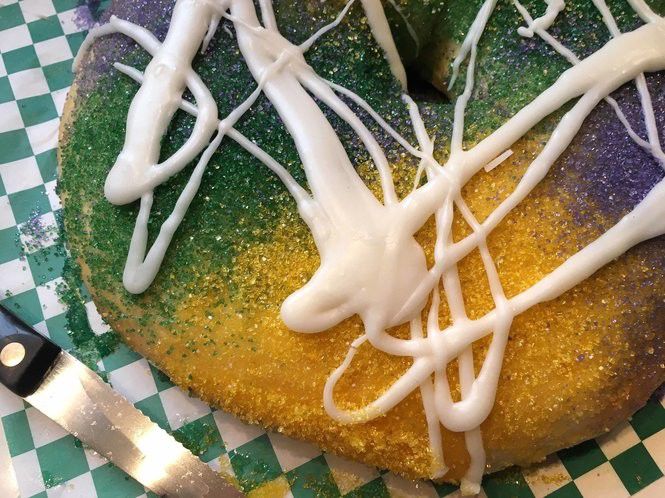 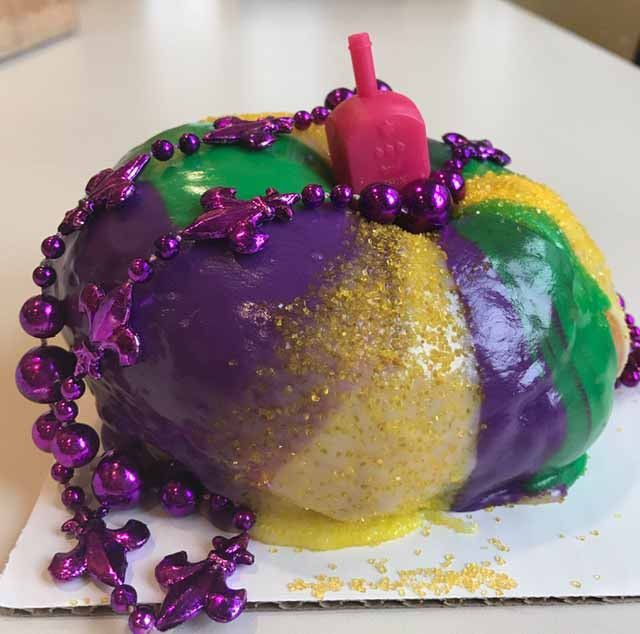 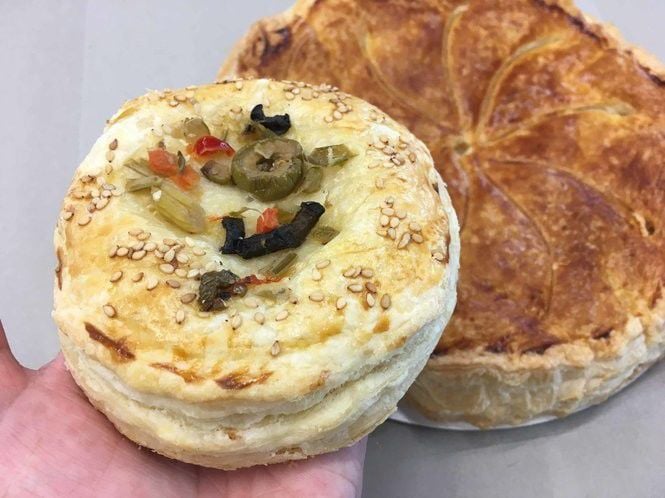 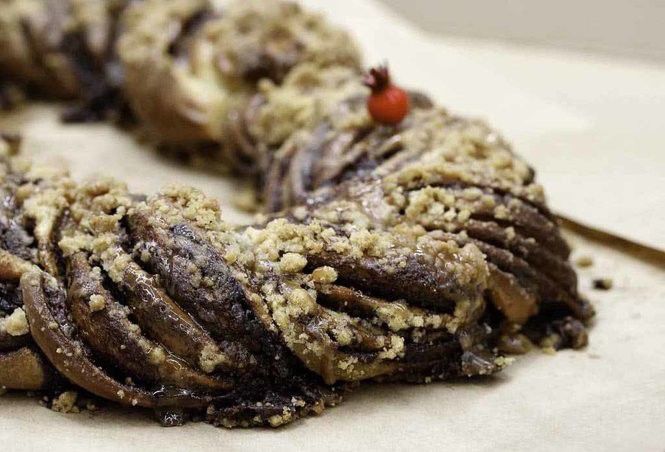 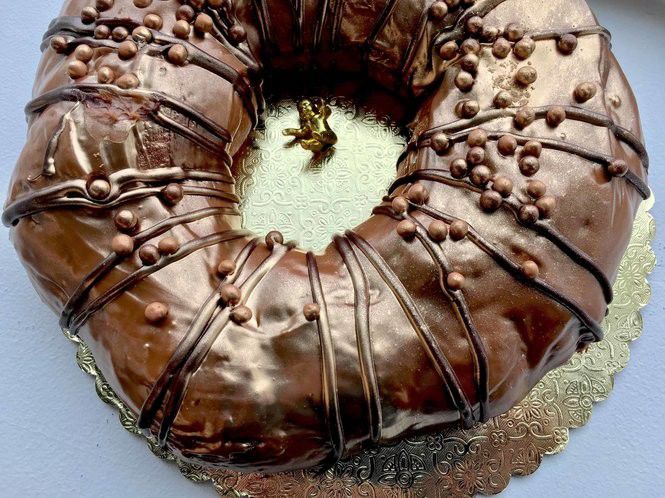 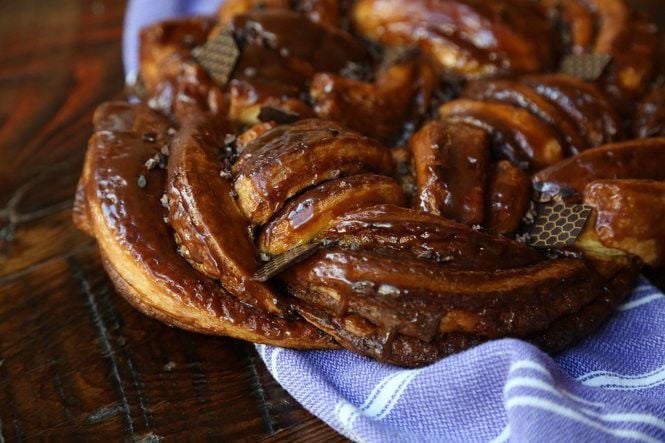 We’ve been on the prowl looking for new king cakes and new king cake flavors. Here are five places that are making fresh flavors. Know of others? Share photos and details in the comments below. (Photo of HK NOLA's Bourbon Street King Cake)

All of the king cakes at this shop are new because the shop is brand new. Chaya Conrad, once a baker for Rouses Supermarkets and Whole Foods, and her partner Steve Walkup are selling eight flavors, including a traditional brioche with not a hint of cinnamon. Instead, she uses what she calls an "ooey gooey butter smear" of butter, sugar, and cream cheese to flavor and moisten her cakes. Check out my favorite, so far the Cajun Bouille Custard. Other flavors include: Creole cream cheese, Ponchatoula strawberry, a blend of strawberry and cream cheese, Bavarian cream, pecan praline, cinnamon apple and Bywater Berry Chantilly. Note: Right now, the bakery is just selling king cakes. It soon will sell breakfast and lunch.

The bakers, led by Harveen Khera, created a kosher king cake that they claim is the first in the world. This year, they added to their flavors. The new cake is called a Bourbon Street king cake and tastes of cinnamon, bourbon and local citrus. And, they added a dash of rum to their Zulu-style cake of chocolate and coconut. All come with a tiny dreidel.

New at this French Quarter baker? Mini king cakes. This year, Gregory Lyle added a savory mini muffuletta king cake and a mini traditional Galette des rois ($5 each) that you can enjoy all by yourself. The regular galette is available as usual, whole or by the slice. Instead of a baby, he puts a dried fava bean on the side..

Photo by Todd A. Price, NOLA.com | The TI

This round, lovely cinnamon babka, with a sea salt caramel glaze, disappeared in a moment when we served it in the office. It is scrumptious. Rather than a baby inside, pastry chef Bronwen Wyatt tucks a little red pomegranate. She is making these to order, so call for one, if you are interested.

Long known for its pretty, pretty muted purple, green and gold king cakes, Sucre has added a new “limited edition” flavor in 2017. The Gateau D’or, or cake of gold, is a danish-style cake of chocolate pastry cream, Swiss caramel milk chocolate pieces and caramel on top. No pre-orders for this one, so go early in the day. Our recommendation: Make this a permanent Carnival season treat.

Pastry chef Kelly Fields is making a decidedly nontraditional braided and lovely cake of Valrhona caramelized milk chocolate and espresso king cake. It is available to order on online or pick it up at the store. in store. Want to try it? They sell it by the slice as well.

We are looking for the best king cake in your community. Click on the location below and nominate one that you love from:

Visit our 2017 King Cake Guide, where you can search by our favorites, by bakery and by location. Scroll through it to find specialty king cakes, such as gluten-free ones, as well as traditional favorites. If you think a king cake should be in the guide, but don't see it, send an email to amaloney@nola.com. We'll consider it.