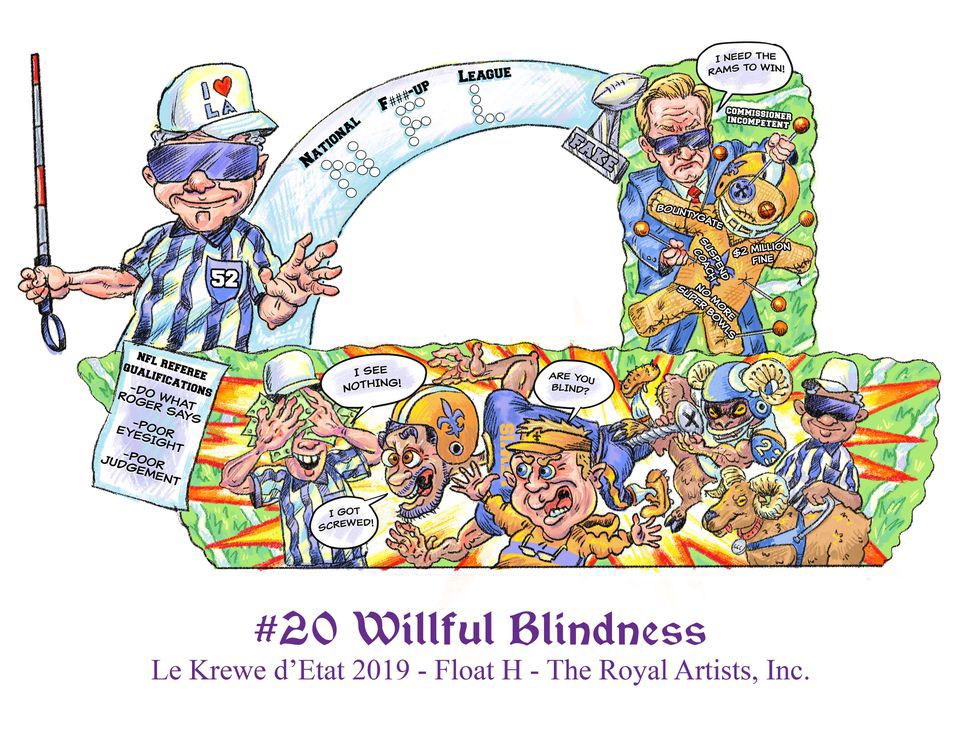 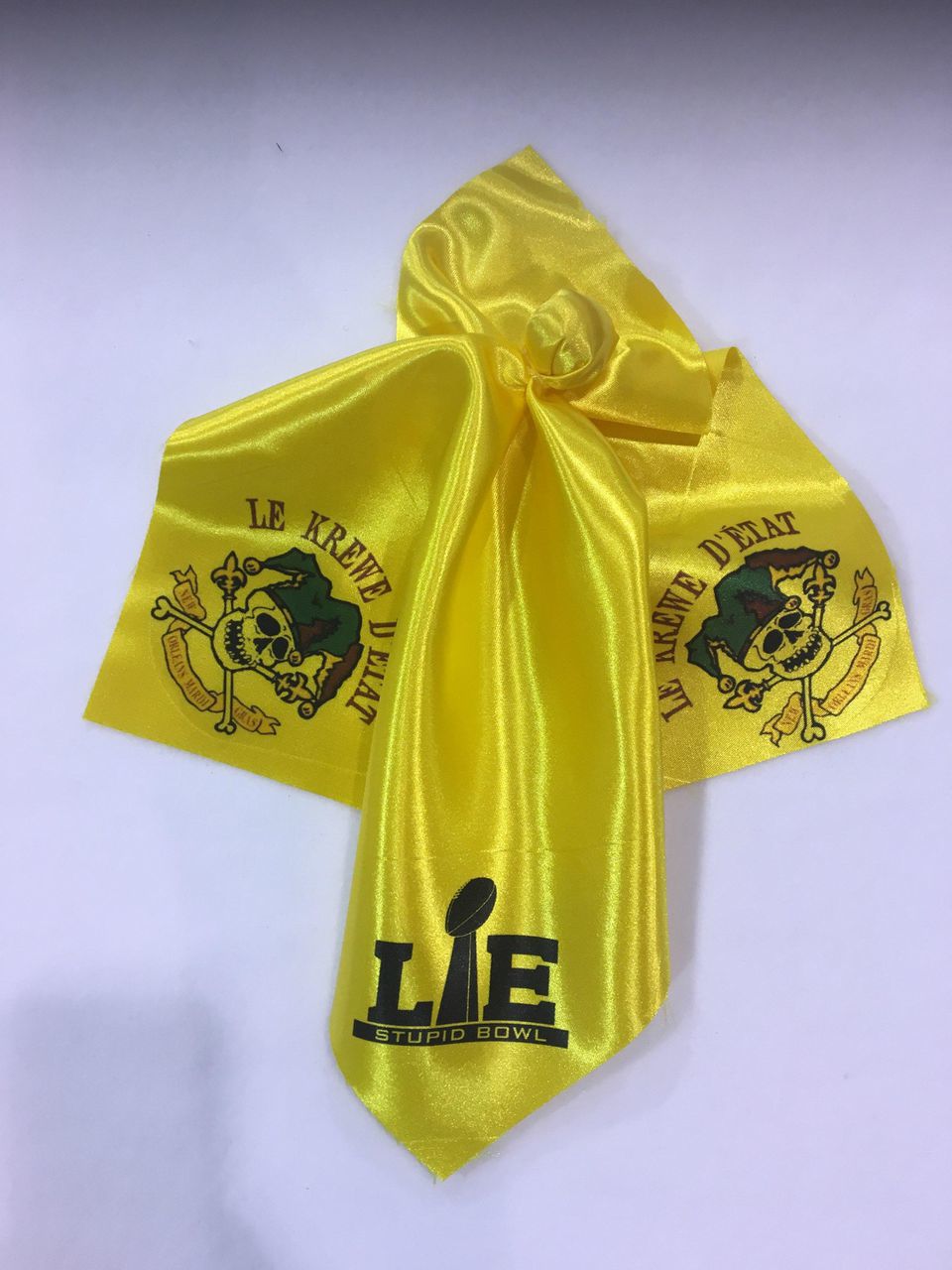 Members of the Krewe d'Etat will throw yellow hankie flags during their parade on March 1, 2019.

Members of the Krewe d'Etat will throw yellow hankie flags during their parade on March 1, 2019.

Le Krewe d’Etat has lampooned current events during Carnival season annually since it started rolling in 1998. So it’s no surprise that Mardi Gras’ most satirical krewe would take on the NOLA No-Call in the wake of the NFC Championship Game.

The Willful Blindness float (No. 20) in this year’s Krewe d’Etat parade, which rolls Friday night (March 1) along the Uptown route, fits perfectly in the krewe’s tradition of political commentary. And when krewe members saw the controversial play take place in the New Orleans Saints’ controversial 26-23 overtime loss to the Los Angeles Rams on Jan. 20, they knew they were just the guys to tackle — and mock -- the issue.

“We always try save a couple floats for last minute to be more topical and current,” Krewe d’Etat spokesman Tommy Mitchell said. “This year we had actually decided the last float, but it had not been finalized, and they were not painting it yet. Then this (the NOLA No-Call) fell in our lap. So we called an audible, and came up with the float to cover the topic.”

"It was like it was meant to be. The game wasn't over an hour, and guys on the committee were already emailing and texting about a float.”

A referee with a walking stick and sunglasses wearing an “I Love L.A.” hat and a list of “NFL referee qualifications: Do what Roger says; Poor eyesight; poor judgement” is featured on the front of the float. A depiction of a sunglasses-wearing NFL commissioner Roger Goodell saying, “I need the Rams to win!” is on the back of the float.

The krewe described the float this way in its annual bulletin: “If a yellow flag falls in the forest, does anyone hear it? If an overly aggressive defensive back RAMS into Tommylee Lewis in plain sight, does anyone see it? Everyone; all but the blind referees. Spelled out in Braille, the NFL gloriously (messed) up, once again proving they’re ‘the blind leagueing the blind.’ While the eye of CBS remained on the large-market LA team, Saints fans turned a blind eye to Super Bowl* LII(E).”

The krewe will also throw special yellow cups and hankie flags during the 24-float parade.

“Satirical Mardi Gras is a tradition all to its own and is all in good fun and is nothing personal,” Mitchell said. “Except in this case I think it may be a little personal.”