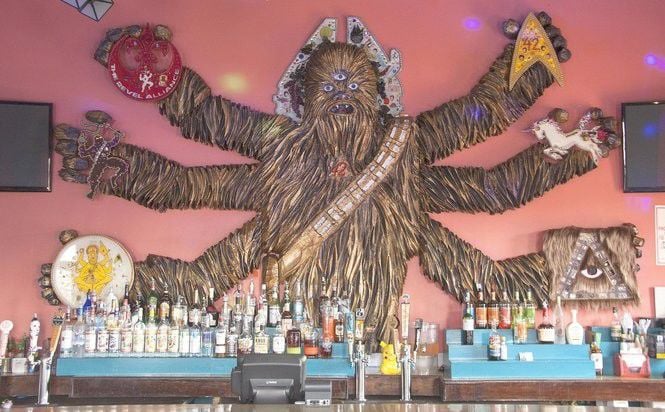 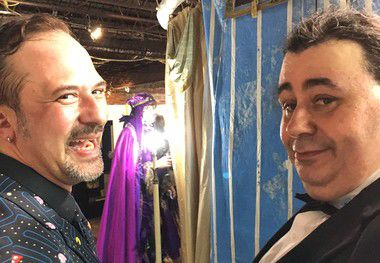 NOLAier Than Thou! is the deliberately irritating theme of the Intergalactic Krewe of Chewbacchus's annual shoebox parade (Shoeboxus) that takes place at 7 p.m. May 4. The Star Wars-obsessed Mardi Gras marching group schedules the mini procession for that particular day because of the Star Wars-oriented pun: May the fourth be with you.

But you knew that.

You probably also know that the popular and prankish krewe of Chew has long been the target of criticism from those who fear it plays loose and fast with New Orleans traditions. Most recently (December 30) the organization was taken to task for staging a (sort of) traditional New Orleans memorial parade for the late actress Carrie Fisher, who portrayed Star Wars' Princess Leia.

In response, Chewbacchus co-founder Ryan Ballard now plans to appropriate the positions of his detractors and make them his own. With tongue in cheek, he has issued this provocative statement explaining this year's Shoeboxus theme:

"Do you consider yourself a self-appointed culture czar? Are you an expert on revelry and a gate keeper for self-expression? Does change threaten and inflame you, filling you with an all-consuming fear and self-righteous indignation that keeps you up all night posting snide comments on Facebook? Then Congratulations, you are NOLAier Than Thou! ... we love you anyway, but we reserve the right to make fun of you."

You call that kicking the ant mound.

So it goes in the culturally contentious Bywater and Marigny regions.

Speaking of the Marigny. Shoeboxus 2017 has a new route that begins and ends at 601 Frenchmen Street, the location of Dat Dog sausage restaurant and the Chewbacchus's new Temple of the Sacred Drunken Wookie in the upstairs dining area. Ballard noted that Dat Dog will donate a portion of all proceeds during the parade to support the STOMPtroopers, a program that welcomes children on the Autism spectrum to march in the annual Chewbacchus Mardi Gras parade.

We will post the parade route when it becomes available.