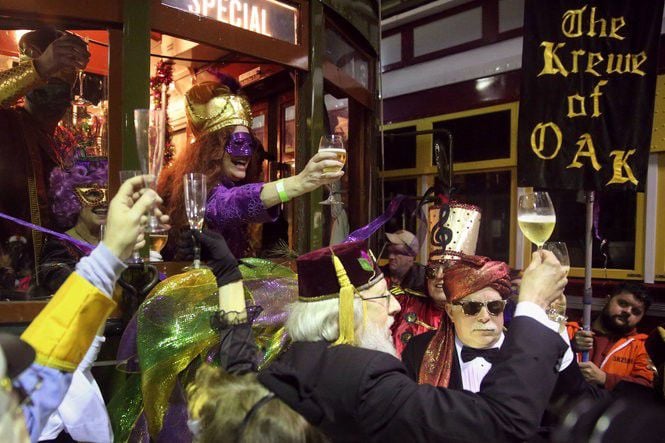 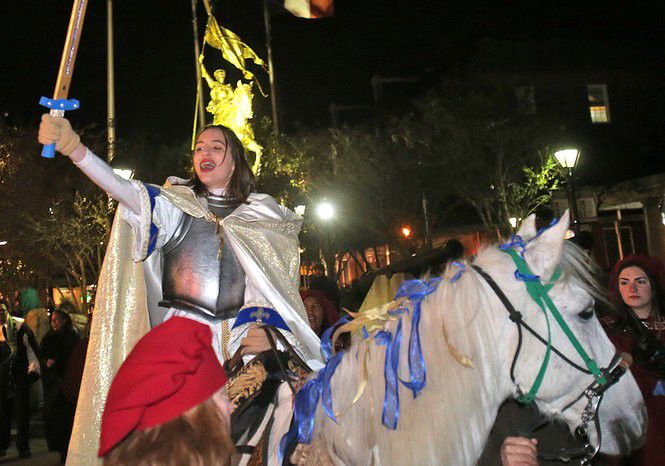 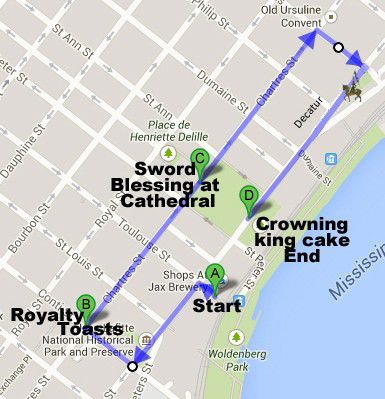 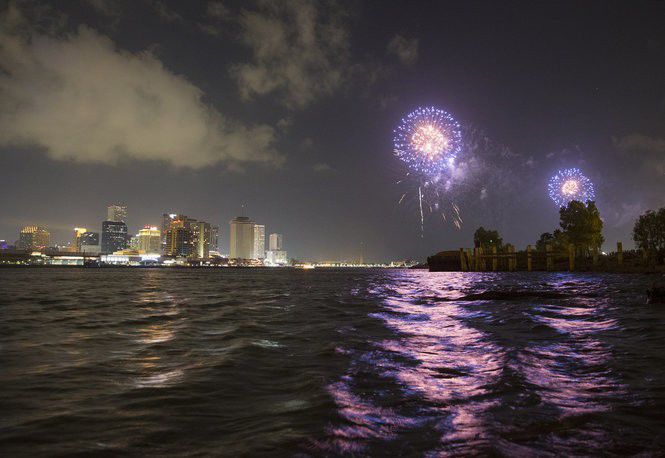 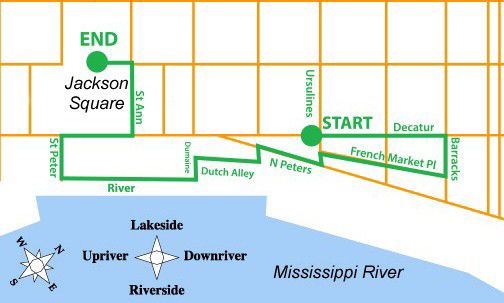 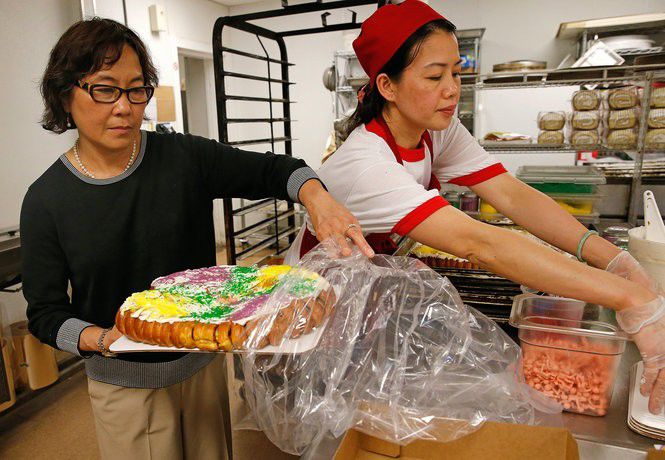 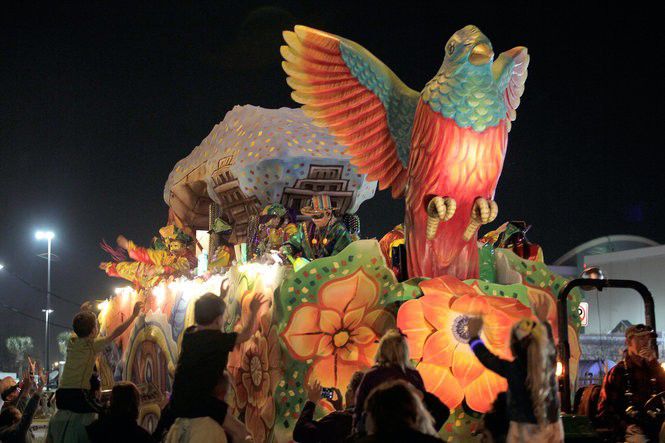 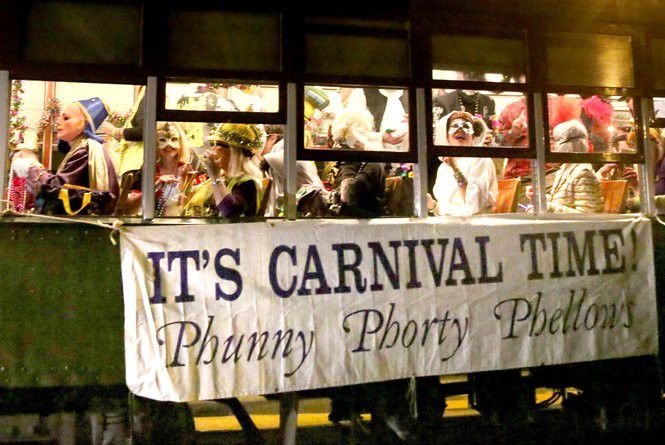 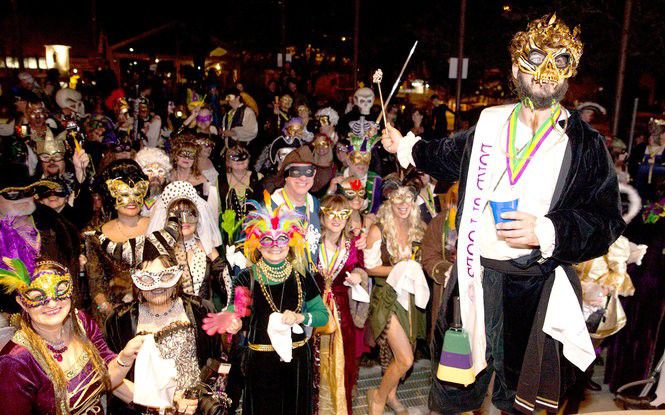 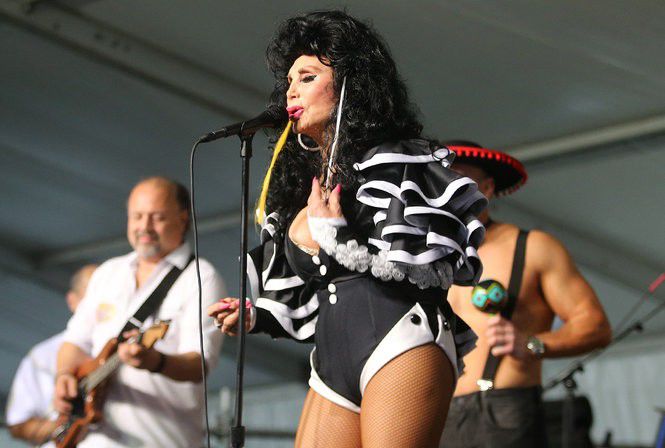 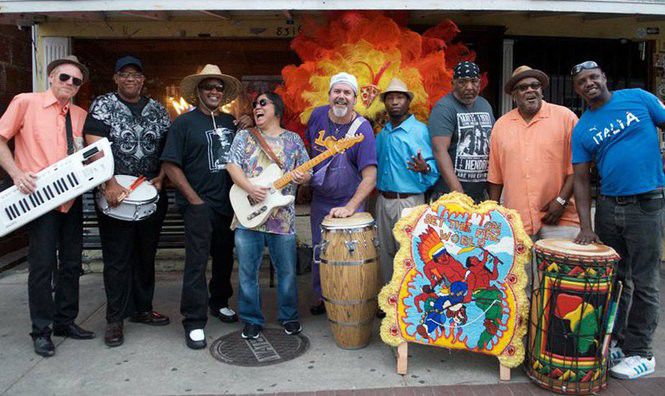 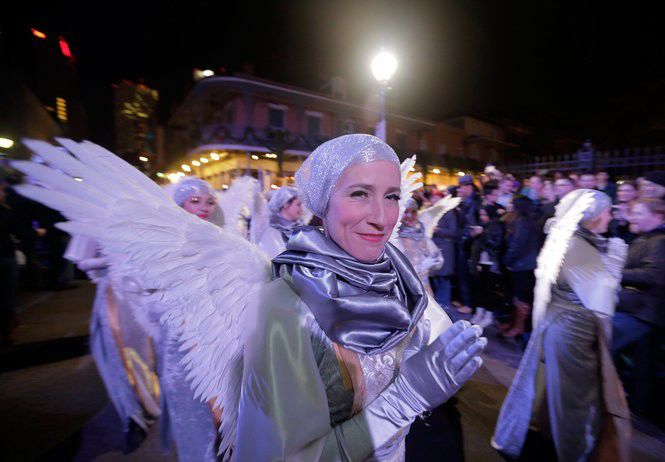 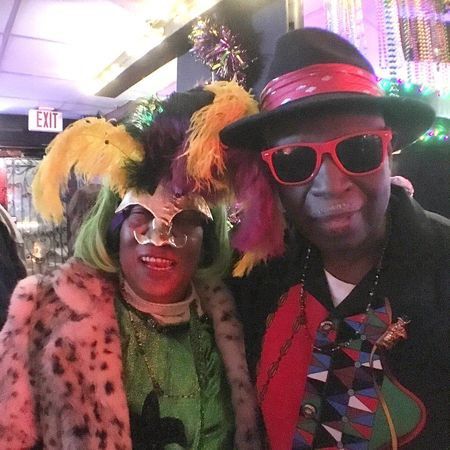 We’ll barely have time to get the New Year’s Eve Champagne bubbles out of our bloodstreams before it’ll be time to toast the start of the 2018 Mardi Gras season a mere week from now on Jan. 6.

Here’s what to do to welcome Carnival on day one.

January 6 is Joan of Arc's birthday! Therefore it is time for the 10th annual Joan of Arc parade in the French Quarter. Expect a 400-person procession featuring warrior women in armor on horseback, marching monks, angels, trumpeters, bagpipers, and other medieval martyrdom merrymakers. All with a French inflection, of course.

The foot (and hoof) parade starts on Decatur Street at Toulouse Street. It heads uptown, then makes a right at Conti Street, then another right at Chartres Street, then right on Ursulines Street, and right yet again on Decatur Street, ending at Jackson Square. Don’t miss the sword blessing ceremony at St. Louis cathedral midway through the parade.

This year the Dark Ages begins at 6 p.m., earlier than in past years, because of the city’s King’s Day fireworks display on the riverfront at 9 p.m. (see below).

As you may have heard, New Orleans is celebrating its 300th birthday in 2018. To get the party started with a bang, Mardi Gras-themed fireworks (purple, green, and gold, we presume), will pop over the river starting at 9 p.m. on Jan. 6.

The Krewe des Fleurs female marching club will debut their 2018 lighted costumes during a French Quarter promenade on Jan. 6. The Fleurs, plan to pop up near the Old U.S. Mint, sashay past the French Market to nearby Dutch Alley. Then the Fleurs will walk the riverfront to Jackson Square and conclude at St. Louis Cathedral.

Pizza NOLA, at 141 Harrison Avenue, hails the coming of the 2018 Carnival season with a parking lot king cake party featuring the much coveted Dong Phuong Vietnamese bakery king cakes and the beloved Benny Grunch and The Bunch band.

Read Ann Maloney's gentle chastisement:  "Christmas is over, so it's time for king cake, right? Not yet, folks."

The free afternoon party marking the start of the throw me somethin' season in Jefferson Parish will include performances by Big Sam’s Funky Nation and the Grace King High School Marching Band, plus appearances by the New Orleans Baby Cakes’ mascots and 2018 Mardi Gras royalty. The outdoor celebration takes place on the neutral ground of Veterans Boulevard at the corner of Severn Avenue.

Note: Despite what others may tell you, Baby Cakes is a brilliant name for a New Orleans baseball team.

Before the Joan of Arc parade clip-clopped into the Vieux Carre a decade ago, the Phunny Phorty Phellows rolling party was the most conspicuous kickoff of Mardi Gras. Starting in 1981, a gang of costumed rowdies has annually piled aboard a chartered St. Charles streetcar for a noisy, well-lubricated ride from the Willow Street streetcar barn to Canal Street and back. The PPP ride is for members-only, but a rabble of pubic partiers generally forms at the start to wish the ice-breakers a bon voyage.

The Society of Elysian Fields popped up last year as a downtown answer to the Phunny Phorty Phellows streetcar ride. The party begins in Buffa’s Back Room, 1001 Esplanade Ave, at 5 p.m. with a performance by The Davis Rogan Band featuring R&B master Al “Carnival Time” Johnson. The cadre of costumed upstarts will then proceed to the Saint Claude Avenue streetcar, which they will ride to the end of the line on Loyola Avenue and back. Like the PPP, the ride is a public spectacle but a private party.

However, everyone is welcome to the masked ball afterwards at the Siberia Lounge, 2227 St. Claude Ave. Tickets are $15 in advance or $20 at the door. Visit the Society's Facebook page for details.

For the whole backstory read: "Have you heard about the new 'Not So Secret' streetcar Mardi Gras krewe?"

Based on past (mis)behavior, we predict that the rowdy 300-member marching group will welcome the Mardi Gras season to the North Shore at 6 p.m., starting at the Columbia Street Tap Room, 434 N. Columbia Street in Covington. Flambeaux and adult beverages may be involved.

Note: We haven’t yet found an official announcement that the FOMs plan to march in 2018, but we believe they will. They’d be foolish not to!

New Orleans darling Chris Owens will shake it up at the Mardi Gras Museum of Costumes and Culture, 1010 Conti Street. Tickets are $30 in advance and $35 at the door. Expect king cake, Champagne, and south of the border tunes.

We're praying we didn't miss anything

But in case we did: If you have a Jan. 6 Mardi Gras event, please feel free to toss it into the comment stream below.

Throw my baby out the window

January 6 has more aliases than a bank robber. It is also known as Twelfth Night, Epiphany, and (as the fireworks display would have it, Kings' Day). It is the right time to take down your Christmas decorations. It’s the first day that you can sing "throw my baby out the window and let the joint burn down" in the grocery store without being declared a public menace.

Click the link for a brilliantly informative history lesson called "Why does Mardi Gras season start on Jan. 6? Answers for newbies," that I (Doug MacCash) wrote last year. You'll learn soooo much.