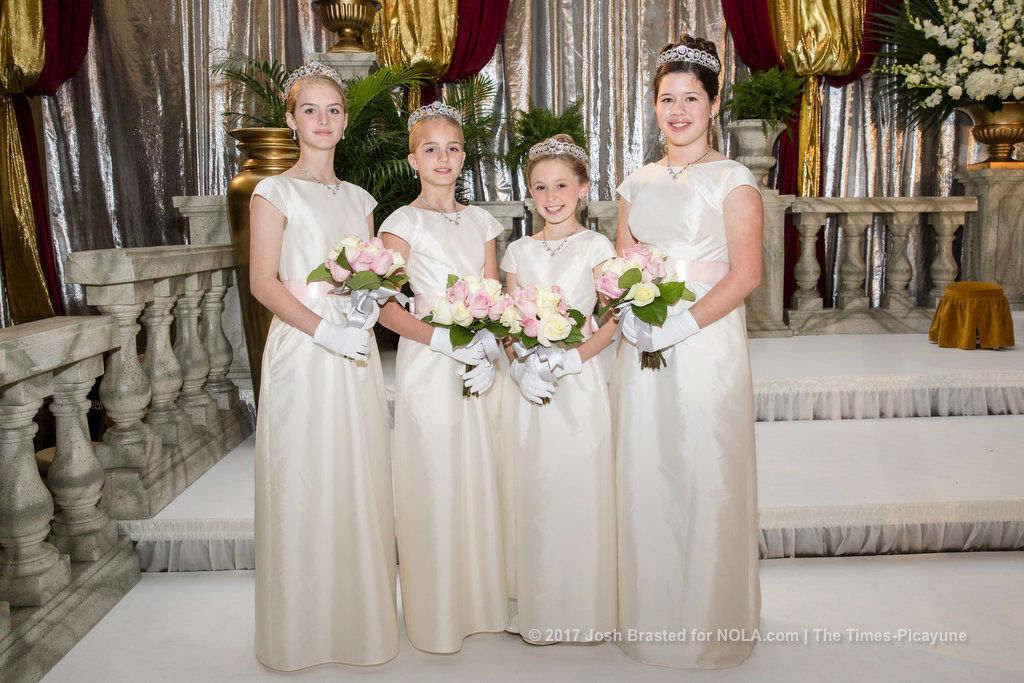 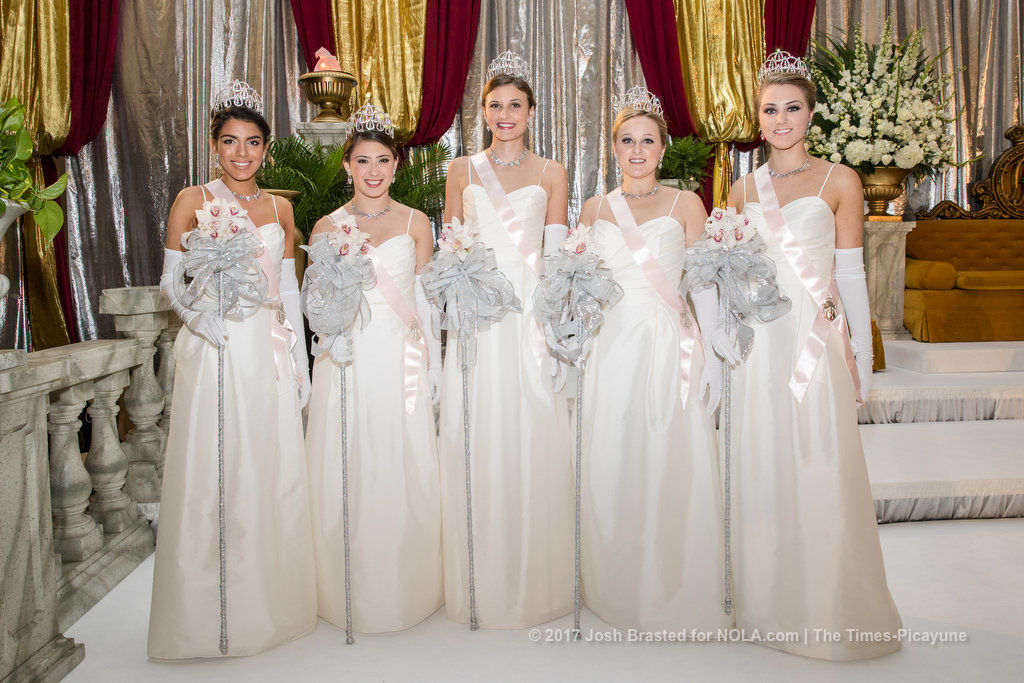 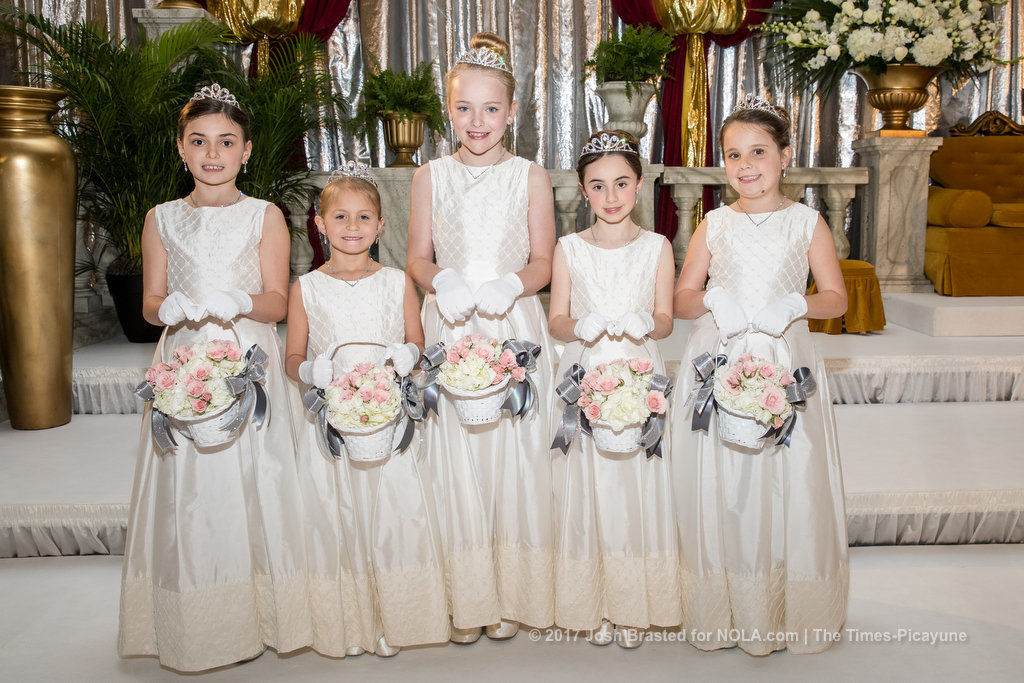 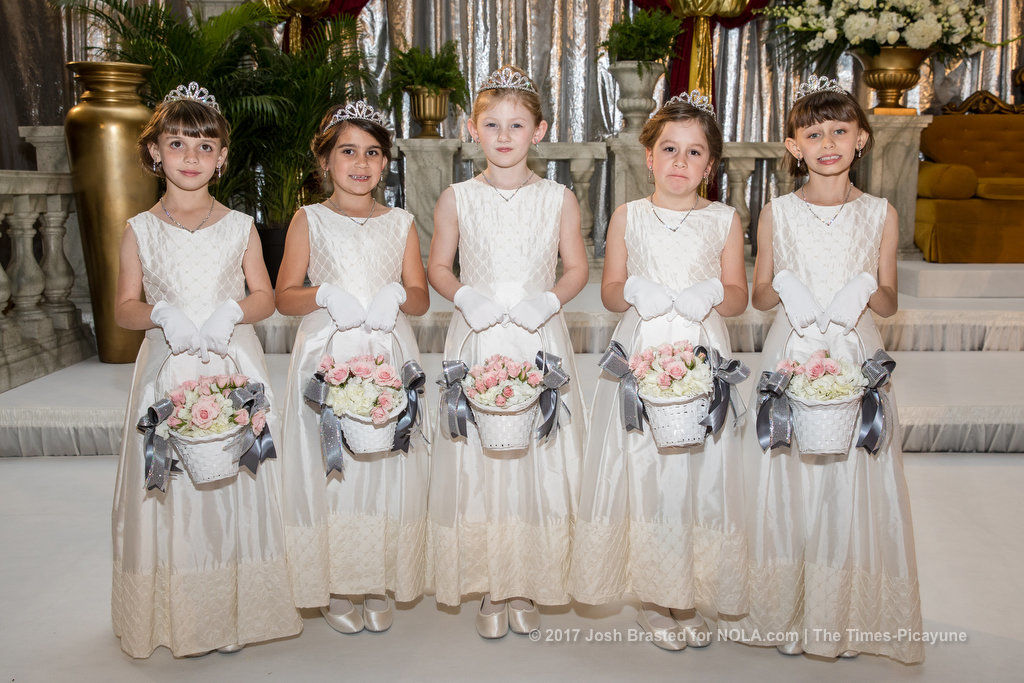 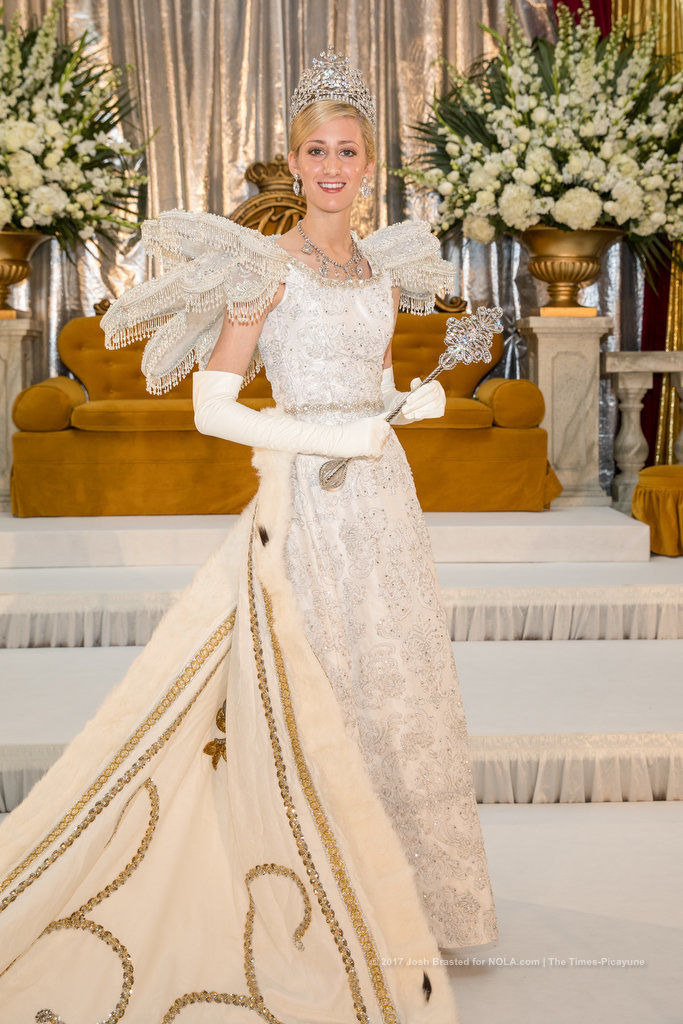 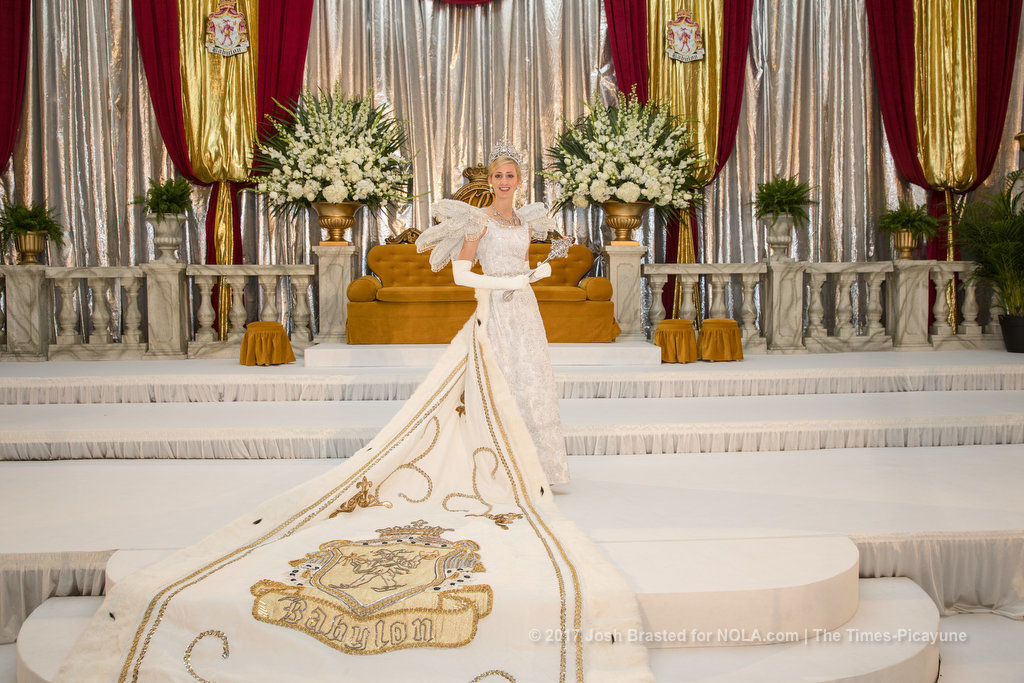 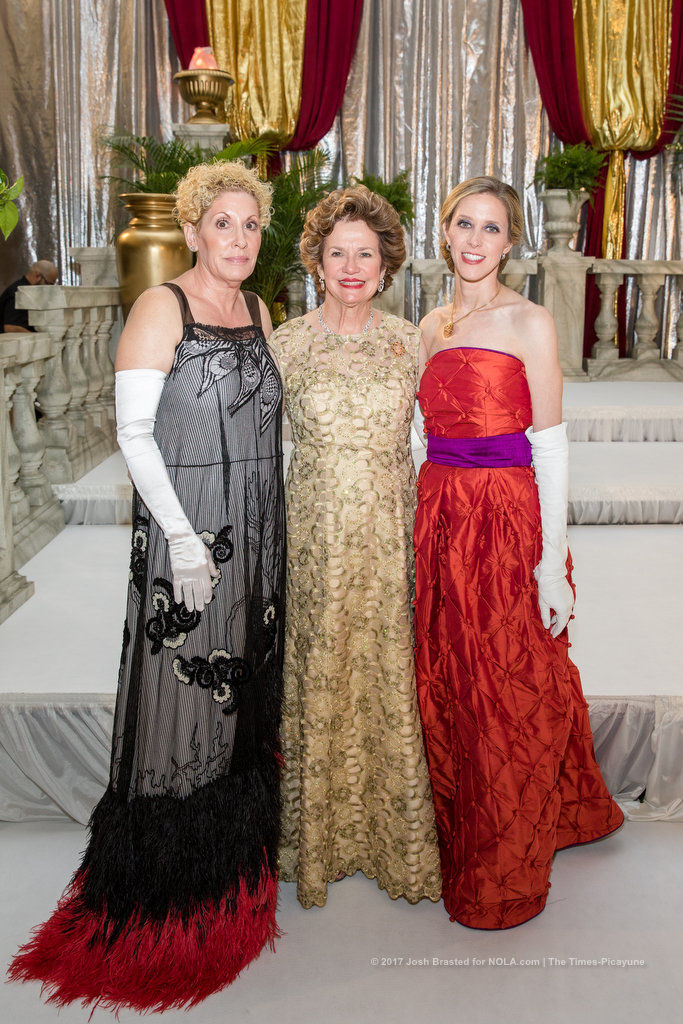 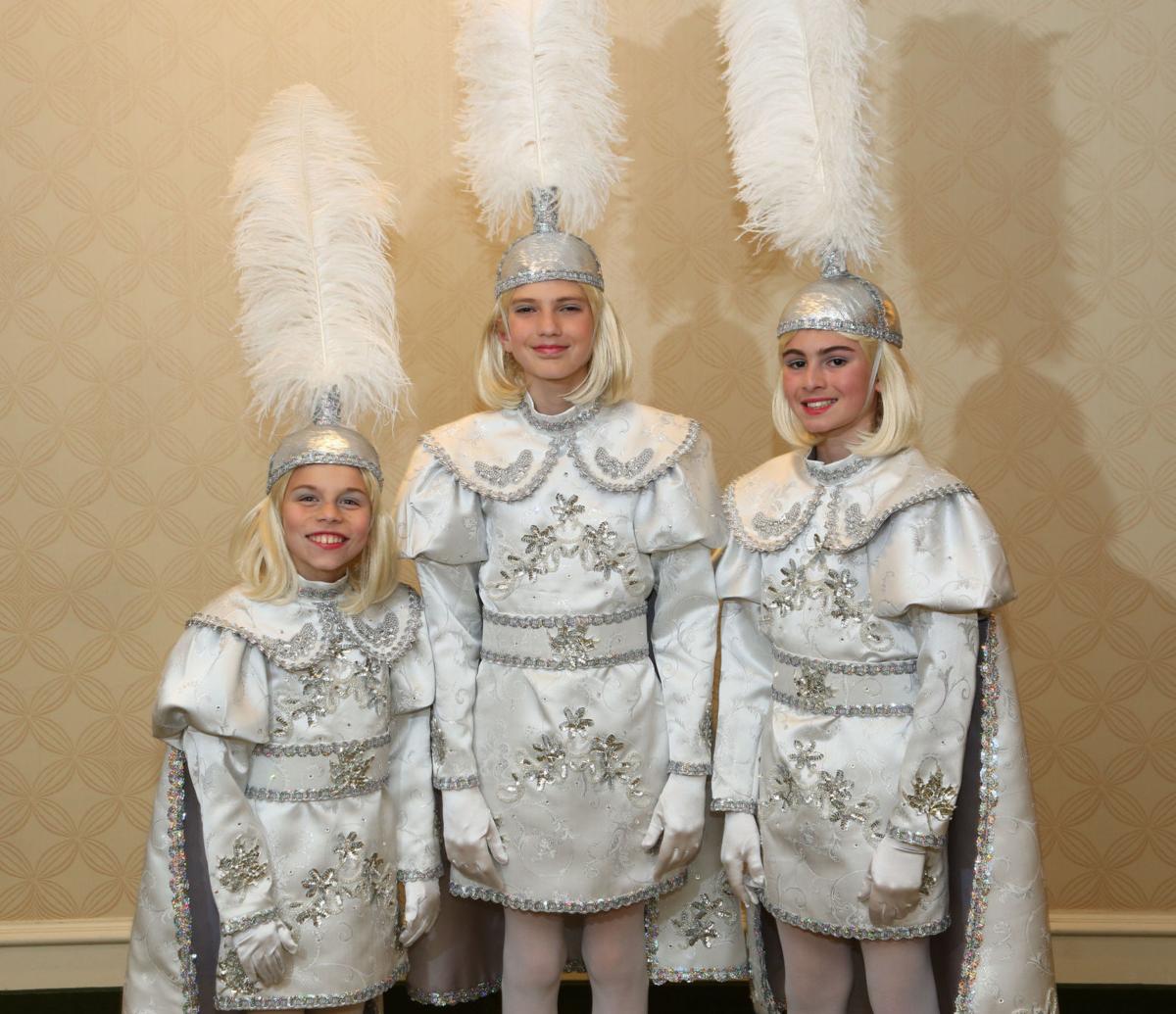 There aren't many krewes that have a parade and a ball that presents a royal court the same night. The Knights of Babylon is part of this ambitious group, and on Feb. 23 it hosted a 78th anniversary Carnival ball at the Marriott Hotel.

As sometimes happens after a parade, the ball ran a little late. But after the krewe Lieutenants entered and a rousing National Anthem performed by the De La Salle High School Color Guard, the audience was more than ready for the court presentation.

The 2016 queen, Miss Rosalie Sarah Hemphill, daughter of Drs. Philip and Valerie Hemphill, appeared with four of her court's maids to take a place of honor to the side of the stage to observe the ball. After the captain entered, the tableau began: the theme, "The Lure and Legend of Gold," had Babylon members depicting stories and legends from ancient Egypt, Greece, Rome and the Bible about the appeal of gold. The parade's floats reflected this theme, as well.

For her night on the throne, Queen Jenna wore a silver beaded gown with the neckline and empire waistline trimmed with Swarovski crystals and Austrian rhinestones, with more rhinestones and pearls placed throughout. A full train was fashioned of French Alencon lace. The traditional Babylon Medici collar, crown, scepter and mantle, which matched that of Sargon LXXII, completed the regal ensemble.

The Knights of Babylon also honored Mrs. Patricia Wax on the 65th anniversary as queen of Babylon. Mrs. Wax's daughters were both queens, and her grandchildren were ladies-in-waiting and a page -- Colleen Patricia Collins, Erin Kathleen Collin, John Louis Collins -- this year.

After the court's promenade, the evening concluded with a supper dance held in honor of her majesty and her court, with music by Jubilation.