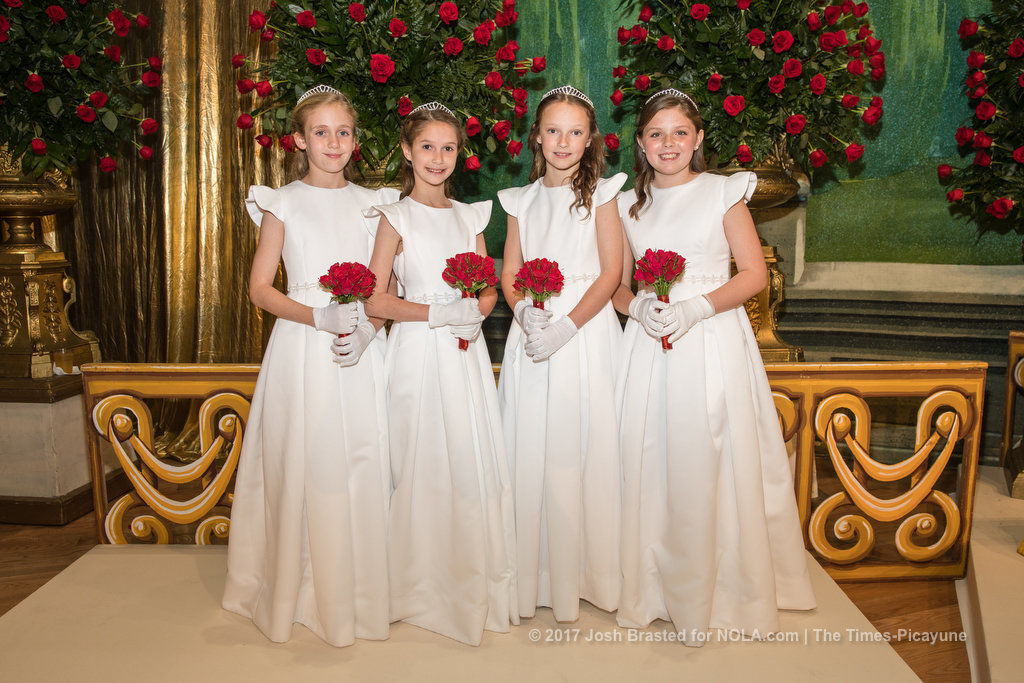 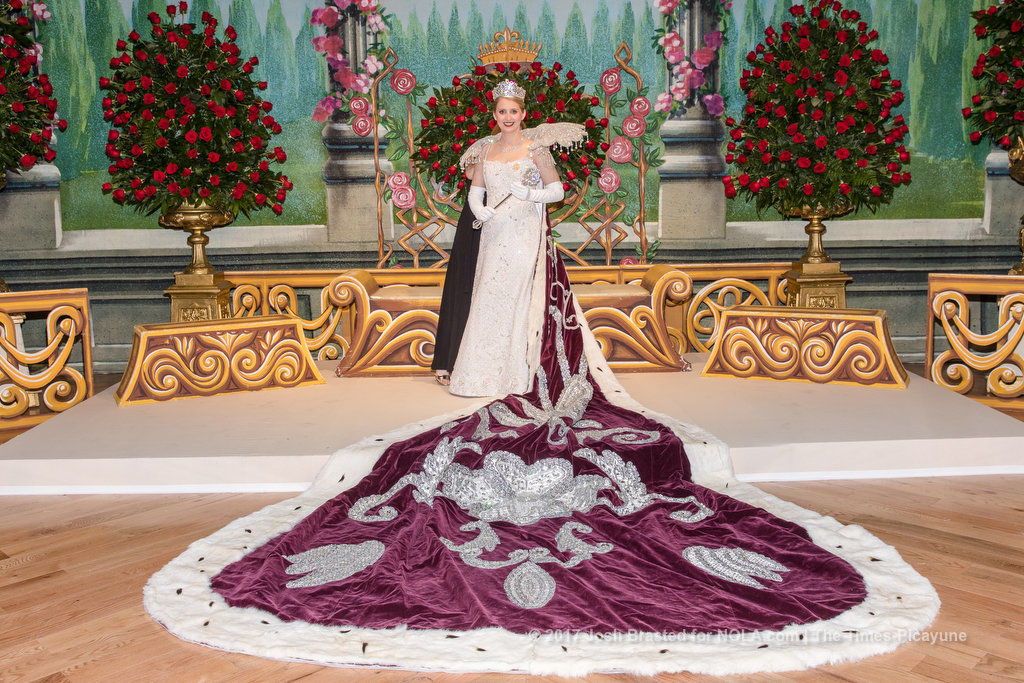 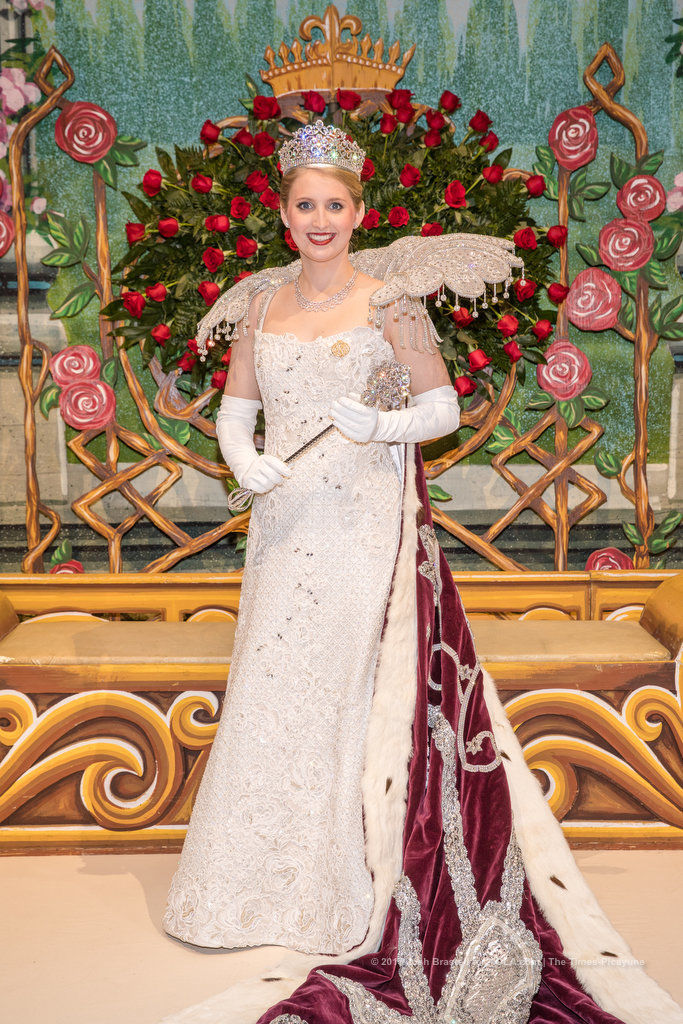 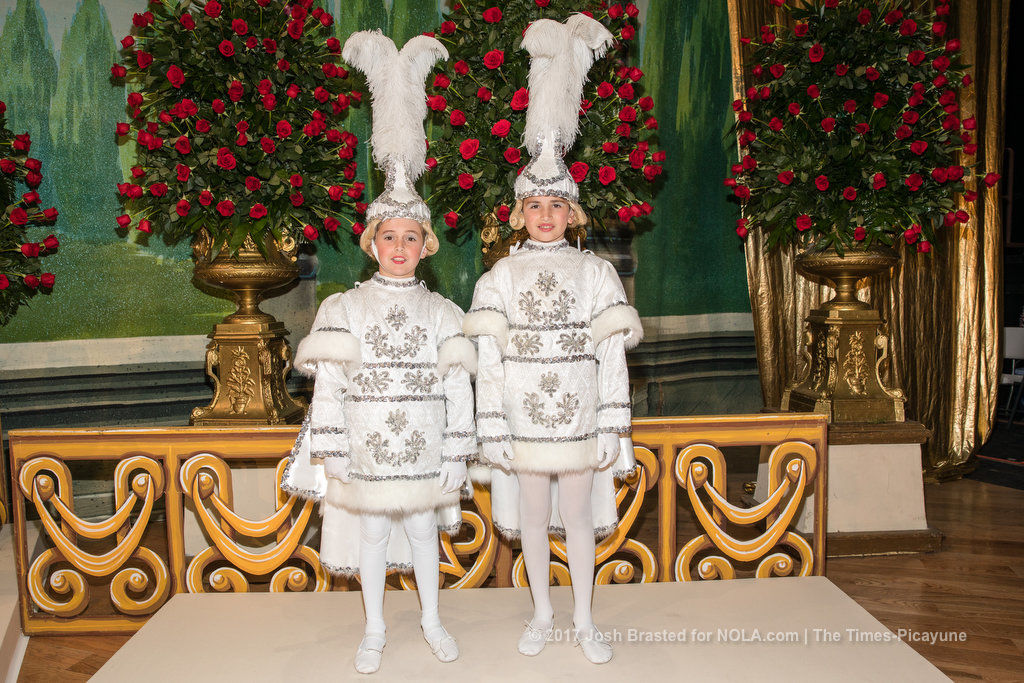 John Calhoun and Andrew Breaux at the Krewe of Mystery Ball 2017 at the Orpheum Theater. Wednesday, February 22, 2017. (Josh Brasted Photo) 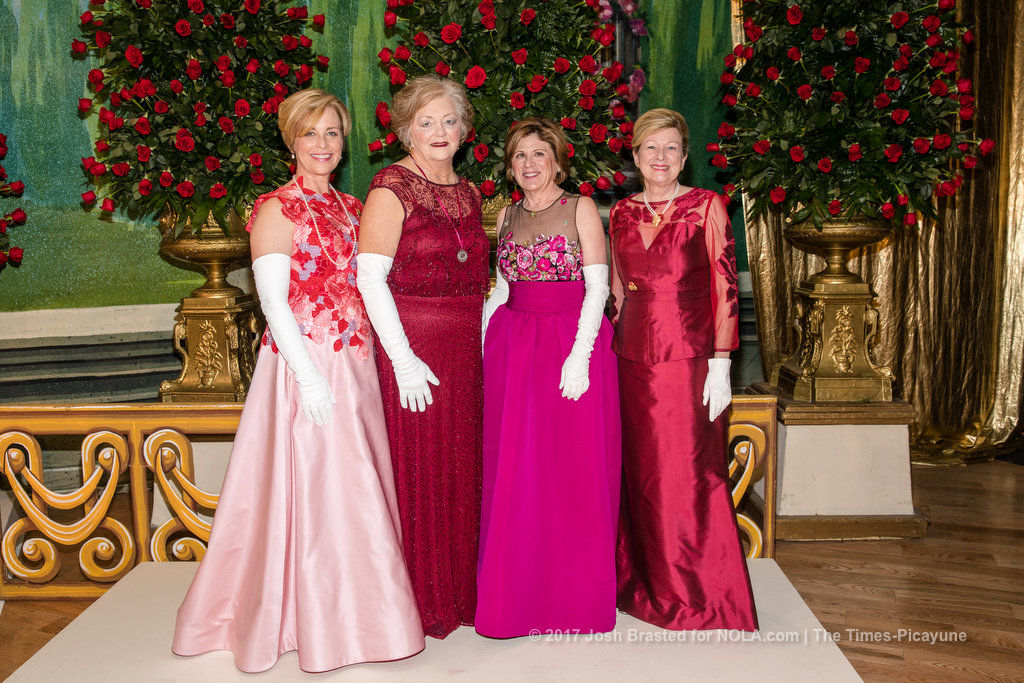 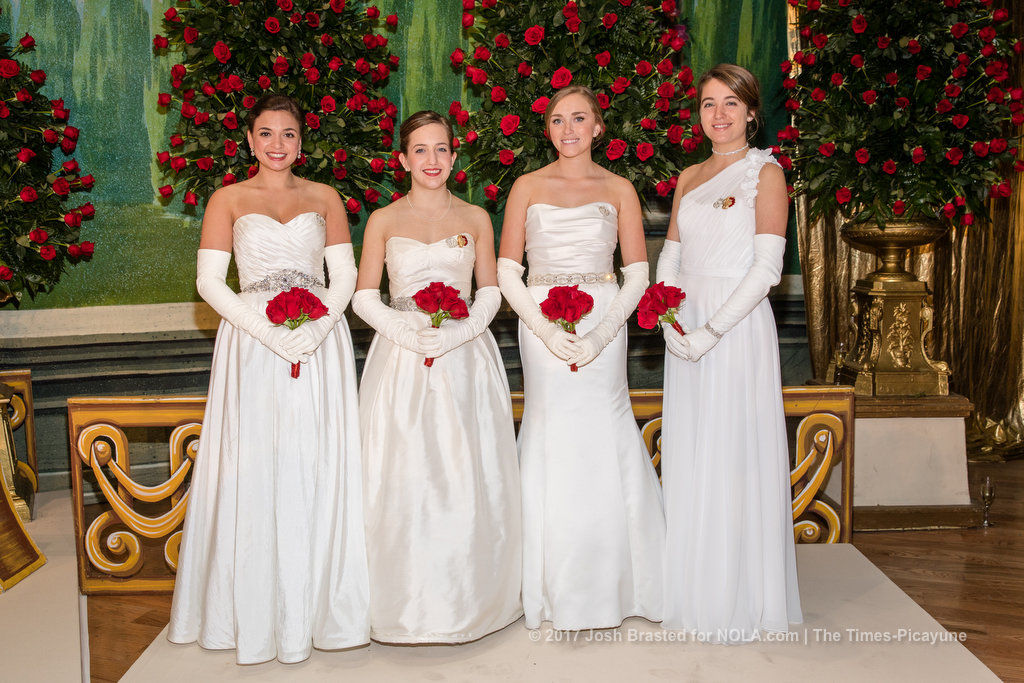 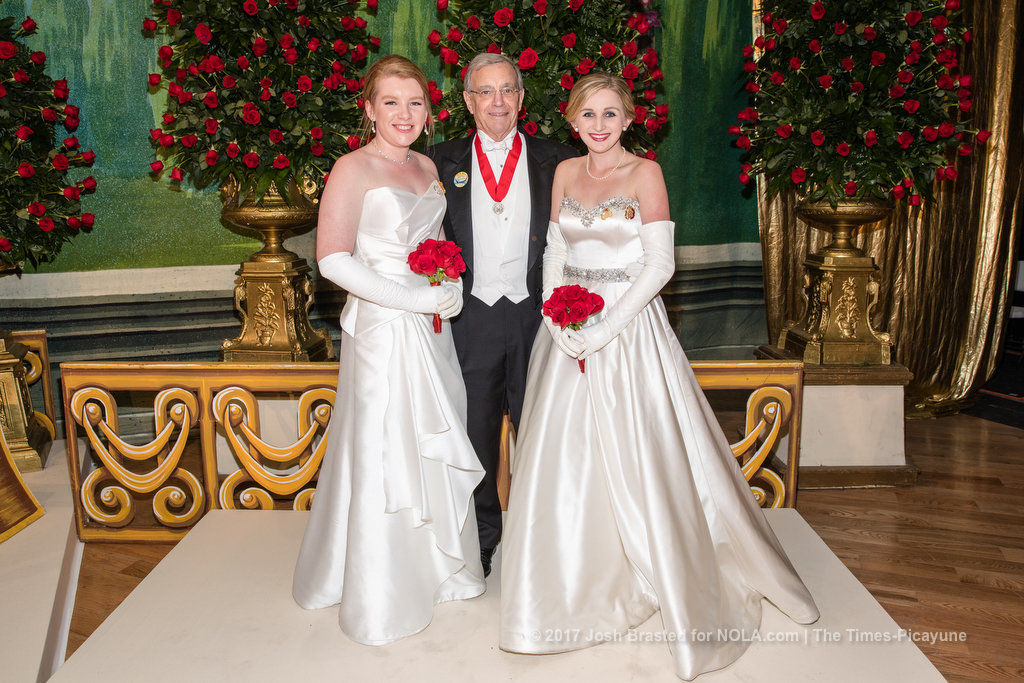 John Calhoun and Andrew Breaux at the Krewe of Mystery Ball 2017 at the Orpheum Theater. Wednesday, February 22, 2017. (Josh Brasted Photo)

"Mystery Goes To Venice" read the invitation to the 106th annual Krewe of Mystery Ball, setting a scene of not one, but two Venices --- in Italy and Louisiana. So, when guests arrived to the ball at the Orpheum Theater on Feb. 22, they were no doubt curious about who the queen would be, but also, how does one illustrate the two Venices in a tableau?

The krewe had it all figured out: it was a "battle" between a Venetian gondola with a gondolier and Carnival maskers and a shrimp boat and its crew, with each one in a "float" designed and made by Katie Rafferty, who also created the imagery for the invitation and program.

"She was a most convivial consort, captivating in both her beauty and her grace," said the king.

For the ball, Queen Eleanor wore a trumpet-shaped gown of Italian diamond white satin layered with metallic tulle and two distinct patterns of guipure lace: a lattice grid pattern and a rose pattern, representing the flower of the Mystery organization. The lattice radiated with seed beads and crystals, while the rose lace was encrusted with chalk beads, Swarovski crystals, and iridescent pearl sequins. Openwork roses appeared to spill onto the floor behind the sweeping train. The organization's traditional Medici collar and ermine trimmed mantle were worn with a sparkling crown and scepter. Queen Eleanor's dress was designed by Suzanne Perron St. Paul, as was her mother's dress, made of a rose floral lace that covered the shoulders and a red satin bodice blending into a pink silk satin ball skirt.

Following the tableau and the maskers' parade, the curtain opened to reveal the Mystery king, attended by his pages, John Crossin Calhoun, Jr. and Andrew Warren Breaux. The backdrop depicted a rose garden in full bloom highlighted by a rose-vine throne flanked by eight tall urns filled with hundreds of long-stemmed red roses, which were given out to the ladies after the seventh dance. (Music was by Jimmy Maxwell Orchestra.)

Following the ball, the queen's supper was held at the New Orleans Country Club, where those invited walked into a party already in full swing: Rockin' Dopsie and the Zydeco Twisters were playing, the dance floor was full, and food was ready to go -- the much-appreciated cheeseburger sliders and French fries "hors d'oeuvres," served before dinner.

Of the night, Queen Eleanor said, "I wish I could click my heels and do it all again!!"

3.7.2017 correction: The quote about the queen had the wrong attribution; it was made by the king, not the krewe captain.